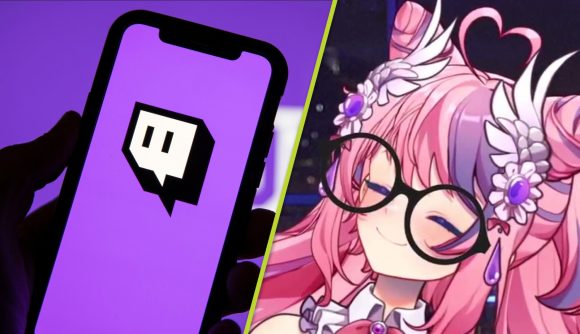 If you’re into your VTubers, you’ll already know the name, ‘Ironmouse.’ Well today, she’s cemented her name into the annals of Twitch, by becoming the most subbed to female Twitch streamer ever on the platform.

The mighty mouse surpassed the previous record – 73,623 subscribers, set by Kim ‘kkatamine’ Mi-young in November 2021 – last night during the eleventh day of her subathon stream. It was there that she not only surpassed one million followers for the first time, but where she broke the subscriber record too.

“Words cannot express what I am feeling right now,” an emotional Ironmouse tweets. “I can’t stop crying. Thank you for all your love and thank you for joining me on this crazy journey. Let’s have many more adventures together. Thank you for changing my life, I love you all so much.”

At the time of writing, Ironmouse’s subscriber count sits at 75,380 – that makes her the 13th most-subscribed to streamer of all-time on the platform, behind the likes of Nick ‘NICKMERCS’ Kolcheff, ‘Pestily’, and Hasan ‘HasanAbi’ Piker.

It’s not a bad place for the most popular VTuber on the platform to sit either, especially since she only started streaming on Twitch in 2019.

Her climb has been well deserved, but it’s not over yet. Ironmouse’s uncapped subathon is still active – at the time of writing there’s 18 hours left on the clock – so she might actually surpass some of the biggest streamers and break into the top ten sooner rather than later. Just watch this space.