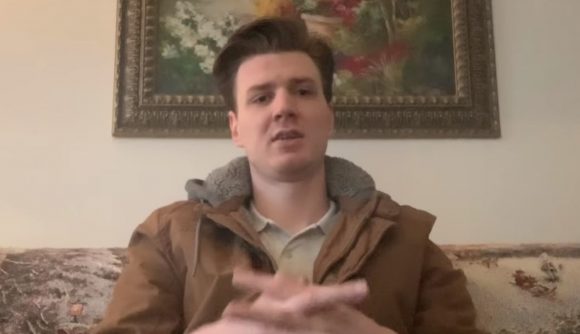 Robert ‘Hashinshin’ Brotz has been permanently banned from Twitch following allegations of grooming a minor. The League of Legends streamer has recently been accused by multiple women of sexual misconduct, something Twitch is actively looking into.

While Hashinshin has responded to those claims calling them “extremely damaging, gross, and creepy”, the streamer denies the allegations of grooming.

However, it now appears the streamer has been banned from Twitch following an investigation. In a series of tweets posted on July 22, shortly after it was revealed he had been removed from the platform, the streamer says: “I just want to affirm I’ve done nothing illegal, just been a shitty human. I can’t reply any further because this issue has peaked peak misinformation and I’m going to try to delete twitter and log off. I deny grooming. That is a crime.

Hashinshin continues his thread by apologising to the two women for his actions towards them, validating their stories as true. “I’m sorry to all my fans who I’ve let down, I did engage in inappropriate conversation with teenage women. This isn’t who I want to be, and although I’ve made many strides already to better myself as a person I am going to continue to better myself in the future.

It’s an indefinite permanent ban. Yes. Starting to regret giving away my money but I know people needed it at the time. I’ll figure something out, I’m good at that. Until then I just survive. You guys will be back to hating having me on your team one day.

“Caltyss and Idcvicki both have true stories, although because their severity matters I want to apologize to Maya most of all. I have talked to other girls mentioned, and will not include their names as the spotlight has put a bad shine on their internet life.

However, shortly after posting those tweets, the creator says he’ll eventually return to streaming when people are able to forgive him for his actions. “Fair enough. I’ll earn forgiveness,” he says. “Put every bit of hate on me you can muster up, just be ready to see me later and say I’ve earned your forgiveness. I won’t carry a grudge against any of you for anything you say now.”

Given that the streamer has confirmed Twitch has given him a permanent ban, Hashinshin won’t be returning to the platform in the future – whether people have forgiven him or not.