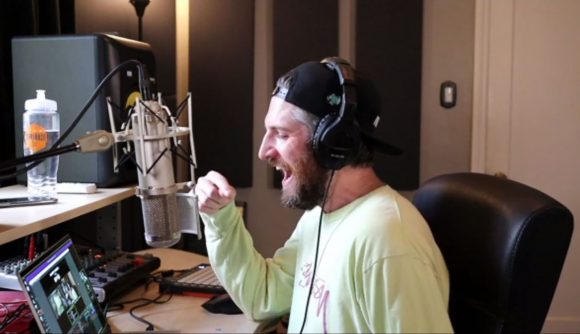 Watching a streamer gun down three opponents in Valorant is entertaining, but watching freestyle rapper Harry Mack put a musical twist on a Twitch stream is even better. You may have watched Valorant streams in the past, but this guy takes casting to another level.

Harry Mack is well-known for his off the cuff freestyles, making a name for himself on Twitch by picking out words from live chat to create sprawling verses. What makes Harry Mack’s streams so unique is that he often collaborates with people he has never met, typically resulting in his viewers being extremely impressed. Harry Mack joined forces with fellow Twitch streamer JayJoeJenkins during one of his Valorant streams, layering his four minute rap over some skillful gameplay.

What’s more shocking about this clip is that Harry Mack isn’t much of a gamer at all. Here’s what the rapper has to say about his Valorant freestyle: “I like doing this because I’m rapping about the shit like an alien from another planet that knows nothing about it.” Watching Harry Mack react to a fast-paced shooter like Valorant without missing a beat, it’s no surprise that his audience continues to grow.

This isn’t the first time Harry Mack has had one of his freestyle clips go viral. One of his most popular clips involves Dr DisRespect’s famous monologue outlining his incredible “37-inch vertical leap” and “bulletproof mullet”. The Doc already dabbles in music production himself with hits like ‘Eclipse’ and ‘Alleyways’, but Harry Mack’s take on The Two Time’s speech is well worth watching.

You can find more of Harry Mack’s content over on YouTube where he posts all the highlights from his past broadcasts. As mentioned earlier, he also streams on Twitch where you can watch his performances live.