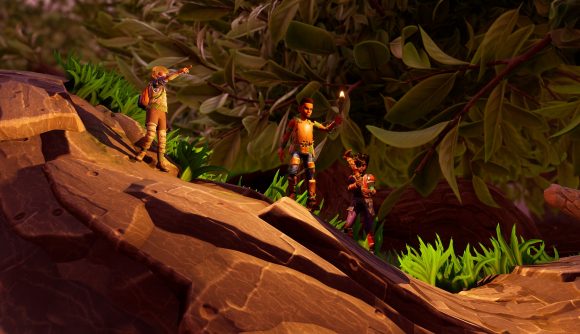 New survival game Grounded has been relatively popular on Twitch since it launched earlier this week on July 28. Streamers have been enjoying battling the garden’s creepiest bugs as a shrunken down explorer. But when it comes to the game’s terrifying spiders, developers Obsidian have kept in mind that some people are genuinely terrified by the eight-legged critters.

As a result, the game has an arachnophobia setting to alter the appearance of spiders in an attempt to look less threatening. While this is a great feature for accessibility, one Twitch streamer discovered that turning the arachnophobia setting up to the max actually produces some hilarious results.

‘PalaceOfJay’ was taking on an enormous Wolf Spider with some friends when he remembered about Grounded’s safe mode for spider loathers. He asks his teammates to distract the spider while he puts the setting on and bursts into laughter when he sees the results.

The max setting sees the black colour of the spider turn to orange, but also sees all the creatures legs completely disappear, leaving just the body of the creature floating around. While it definitely achieves its goal of making the spider less daunting, maybe it goes a little too far the other way.

A quick trigger warning for those who are arachnophobic, the below clip shows the Wolf Spider both before and after its, erm, makeover.

Grounded was one of Twitch’s most watched games on its launch day, with a peak of over 250,000 viewers across the platform, according to Twitch Tracker.