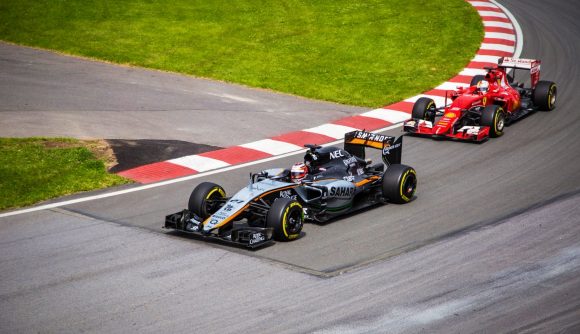 Formula 1 has announced that it will begin experimenting with streaming coverage of races on Twitch, starting with this weekend’s Mexican Grand Prix.

The entire weekend of action will be streamed live on the platform in six select European countries – Germany, Luxembourg, Switzerland, Sweden, Norway and Denmark. Although this is only a one race deal between F1 and Twitch, it looks as if they’re pulling out all the stops for the coverage. According to their press release, “interactivity and gaming elements will be added to the broadcast to really drive engagement from the community” and each session of the weekend’s action will be co-streamed by a prominent Twitch personality.

One of the “gaming elements” in the stream will be a minigame which allows viewers to predict the performances of the drivers. The audience’s predictions will be ranked in a leaderboard according to how accurate they were to the driver’s actual performance in the Grand Prix.

Frank Arthofer, Director of Digital and Licensing for Formula 1, said: “Twitch has incredible reach, a unique creative spin on sports media coverage and an engaged digital audience; they are a perfect partner for us to be working with on this project.”

Formula 1 is the latest big name in the sports world to broadcast their events on Twitch, with the likes of the NFL and NBA both using the platform to stream matches and highlights shows.