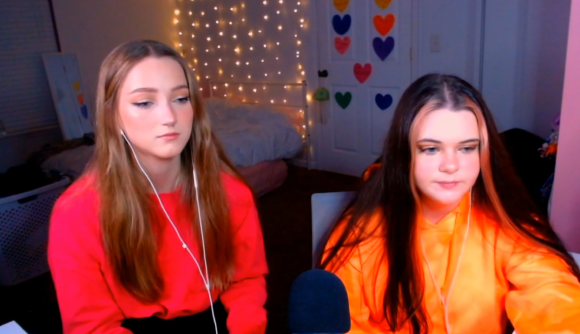 A rogue Twitch bot has been handing out followers willy-nilly, as small streamer ‘Aileybeanssa’ found out this week. The channel, run by Aly and B, features the two young women Just Chatting and chilling with viewers. Last Saturday, September 19, they celebrated hitting the milestone of 5,000 followers on the streaming platform, but they were oblivious to what was about to hit them.

According to data from Twitchtracker, just three days later their follower count had spiked to 4,639,400 people – that’s more than the population of Croatia or the US State of Kentucky. Their viewership stats remain unaffected, as the bots simply create Twitch accounts to follow a channel, but don’t watch or otherwise participate in streams. Obviously.

This makes the pair, who have been streaming regularly since May, the ninth-most followed account on Twitch, ahead of huge streamers like Nick ‘NICKMERCS’ Kolcheff and Ben ‘DrLupo’ Lupo. But despite their meteoric rise to fame, the streaming duo haven’t lost touch with their core audience.

The pair explained on Twitter, where they have just 77 followers, that they “got botted” and that repeated emails to Twitch haven’t solved the problem.

It seems that the channel hasn’t lost its charm and the newfound fame hasn’t gone to their heads, as the streamers continue to host Just Chatting streams with their loyal viewers.