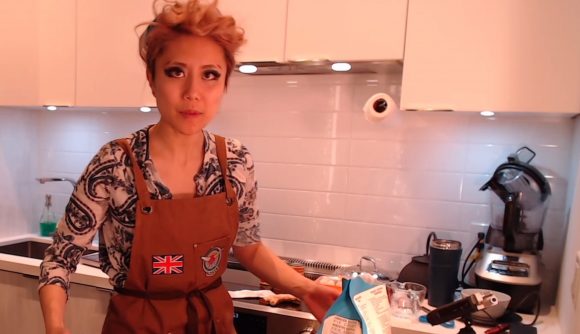 A Gen.G content creator had a lucky escape on Twitch after her webcam fell over and took her entire streaming set up with it. Fareeha was half-way through making Momos from the Overwatch cookbook when the movement from the rolling pin rocked her workbench and took her laptop with it.

Like all good Twitch fails, the unfortunate incident was captured on stream, where you can hear Fareeha shout before the feed freezes and the audio cuts. Miraculously though, the cooking streamer’s set up doesn’t break, and the stream is eventually resumed once the hardware is all plugged back in.

“Hello chat? Are we still on?” Fareeha says as she begins picking up the pieces.  “Oh my god, I have to leave the best review for this thing ever. My computer fell off and took literally everything with it.

“Everything is fine, nothing is shattered. That was scary as s***. Oh my god everything is still working, no consequences! F*** you gravity!”

Fareeha is known for playing Overwatch on Twitch, but decided to shake things up with this stream. Although she got through the rest of the stream unscatched, the content creator might be better sticking to games than trying to take on the IRL or food and drink category on Twitch.