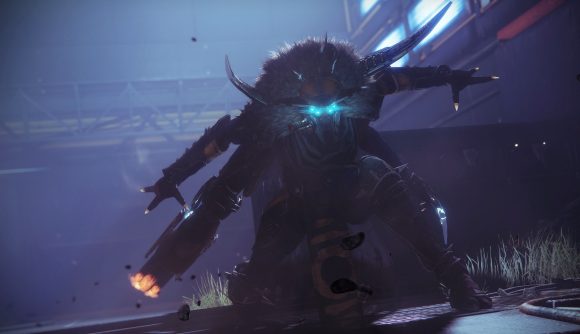 As the days roll on, Twitch’s DMCA crisis seems to become more and more farfetched. The platform’s biggest streamers have already been frantically deleting historic VODs and clips and creators are furious at Twitch’s handling of the issue, with deleted content reportedly still being eligible for DMCA strikes.

It’s got to such a stage that not even Twitch’s own employees are safe from getting struck with DMCA claims. While employees are probably going to be more careful than most if they go live on the platform, one was caught out by music that was specifically made for Bungie’s solar system-roaming shooter Destiny. Iain Cole, who according to LinkedIn is part of the event engineering team at Twitch, tweeted out that he had been issued a DMCA “infringement” notice after streaming himself playing Destiny 2.

During the stream, he enters the Empty Tank Lost Sector in the Tangled Shore which is essentially a nightclub for party-going members of the Fallen race. While battling through the Lost Sector, the track Hope For The Future by Paul McCartney plays. This song was written by McCartney for Bungie to coincide with the release of the first Destiny game.

However, while Bungie commissioned the track, it is not owned by them. It is actually the property of one of the biggest record labels in the world: Universal Music Group.

You know the weird disco area on the Tangled Shore in Destiny? Yeah be careful folks! This music that was created FOR the game might get you in trouble! 🤡 pic.twitter.com/qWfG3hkDsM

While, unfortunately, that means Cole’s DMCA strike is legit and can’t be challenged, it raises the point of how music within video games can land streamers in hot water without them realising.

FIFA 21 recently received an update to add in a steamer-friendly mode that mutes its in-game playlist of tracks. While the Destiny 2 incident is just a one off in the game and licensed music (probably) doesn’t appear anywhere else, streamers wanting to visit the Empty Tank should tread with caution in the future.