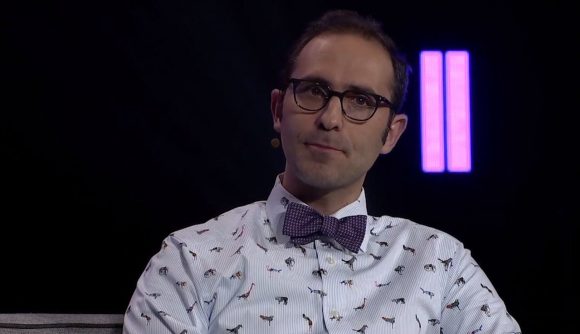 Following a swathe of sexual abuse and misconduct allegations against a number of Twitch streamers, Emmett Shear, the CEO of Twitch, has shared an internal email he sent to the company about the situation.

The email, which you can read in full below, follows up on the official Twitch statement which stated the company was “actively looking into” all the allegations made online. Shear’s email notes that the company will be taking action and working with law enforcement during this process, and while updates on every single case won’t be available, they will be issuing bans, removing partnerships, and removing people from promotional opportunities and activation if concerns raised about certain individuals are “credible” enough.

“We support people coming forward, commend their bravery in doing so, and know there are many others who have not,” Shear’s email reads. “The gaming industry is not unlike others that have had to reckon with systemic sexism, racism, and abuse that rewards certain people and disadvantages – even harms – others. The status quo needs to change. This reckoning and industry-wide actions are overdue, and this is another issue that we, and the industry, need to address to create lasting and positive change.”

Shear says he’s always wanted to build a platform that’s “community-centred, safe, and positive for all” but that it has fallen short on multiple occasions. As such, Shear wants to set a “higher standard” for Twitch and “those with power and influence” on the platform.

But he’s aware that some Twitch users aren’t exactly happy with his record thus far on the platform and it’s something he’s addressed in the internal email.

There’s been a lot of important conversation happening over the previous couple days, and I’ve heard your voices. I’d like to share the email I just sent internally to the company on the topic. pic.twitter.com/B1V34lT9EI

“If at some point you’ve heard my comments and felt that they were dismissive or that Twitch doesn’t care, I’m sorry that happened and I want you to know that in no way was my intent,” he says before encouraging users to report allegations to their HR business partner either directly or through an anonymous portal.

However not everyone is impressed with the response.

“Fuck this. This is some PR bullshit with no action attached to it,” Devin Nash, the CMO of N3rdfusion Studios, says in a clip after reading the email last night. “Emmett Shear should step down, I’m sick of fucking being a bystander in this process. It’s very, very clear he can not run this company at the current way it is structured, and Amazon needs to step in remove him if he won’t step down.”

Rod ‘Slasher’ Breslau has also joined calls for Shear to step down after reading the email chain, describing him as “not fit to be CEO of Twitch.”

We’ll have to wait and see how Twitch deals with this situation, but one thing’s clear: users want to see action, not words.