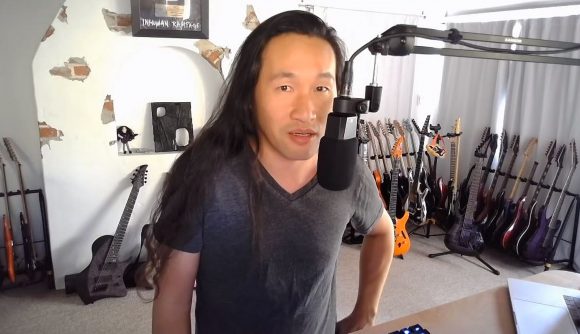 One of the lead guitarists for power metal band DragonForce has been suspended from Twitch amid increasing tension, frustration, and drama surrounding DMCA copyright notices on the platform.

Herman Li has established himself as a popular figure in Twitch’s music community and has embraced livestreaming after the pandemic put a stop to in-person gigs and touring. As Twitch’s DMCA issues began to mount earlier this year, Li promised streamers that they could safely play music from DragonForce’s latest album without fear of a copyright strike and has been vocal about creators being issued with DMCA notices.

However, the Twitch-partnered musician has now been suspended from the platform. While Li hasn’t officially confirmed the reason why, all the signs point to it being DMCA-related. Li has also stated that he will be taking his stream today, October 27, to YouTube while he waits for his suspension to lift.

Twitch’s Terms of Service state that “repeat offenders” that consistently infringe copyright rules can have their access to Twitch “terminated.” This is echoed in similar wording in its Community Guidelines, which says that “permanent suspension” can be issued for multiple infringements. It’s not clear if this is a permanent ban or not, but it appears that Li still technically holds partner status, indicating it is likely temporary.

This ban comes just a day after Variety reported that Twitch’s parent company Amazon received a furious letter from over a dozen music industry representatives and associations that protect the rights of labels, performers, and song-writers.

The letter blasts Twitch’s lax attitude towards copyrighted material and criticised its new Soundtrack system – which should provide streamers with license-free, DMCA-safe music – for not having the appropriate licenses.

In the last week, many of Twitch’s biggest streamers have been deleting their entire history of clips and VODs from the platform in order to eliminate the risk of being hit with DMCA notices.

While Li is yet to confirm the length of his channel’s ban or the reason why, his fans appear adamant that it is DMCA-related.