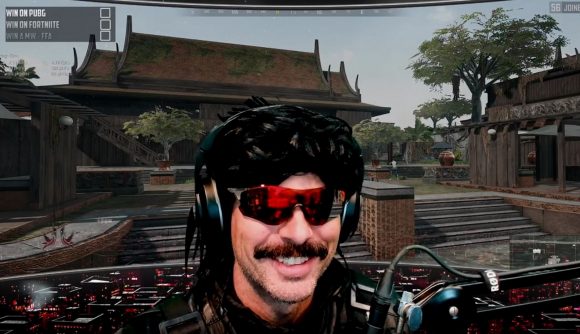 The ever-controversial Twitch star Guy ‘Dr DisRespect’ Beahm has taken shots at yet another one of the platform’s biggest names.

After The Doc tweeted that Tesla’s new Cybertruck was one “the worst thing” he’d ever seen, Tim ‘TimTheTatman’ Betar decided to respond with the all too familiar jibe: “OK boomer.” This appeared to irk the self-proclaimed Two-Time Champion as he replied with a savage roast that featured some rather obscure observations about his fellow streamer, while also mocking rumours that TimTheTatman could be moving to Mixer.

“You drive jeeps around in pink shorts,” rants The Doc. “You drink flavored carbonated water with two drops of chemically induced vodka. You play Fortnite in 2019. C’mon Timmy Tuff Tenders, what’s next…. Mixer? Hahahahaha.” The bizarre tirade prompted no response from TimTheTatman. Many pointed out that Dr DisRespect was being somewhat hypocritical as he had been playing Fortnite himself during his November 21 livestream.

You drive jeeps around in pink shorts.

It seems that Dr DisRespect really doesn’t like being subjected to the “OK boomer” meme. In the same November 21 livestream, The Doc was asked while playing PUBG if he was a boomer. This incensed the Doc, who proceeded to aggressively kill an enemy player while screaming: “Am I a boomer? Boom boom boom!”

Dr DisRespect is currently the sixth most followed active streamer on Twitch, while TimTheTatman is fourth.