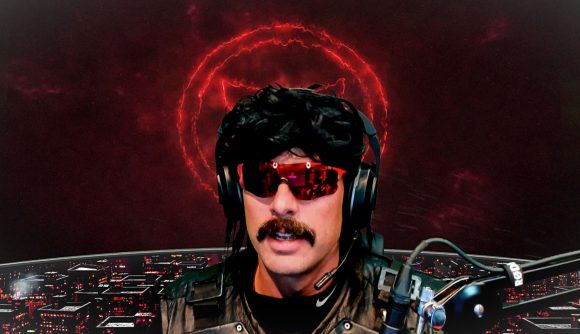 Twitch star Guy ‘Dr DisRespect’ Beahm is no stranger to roasting his fellow streamers and his latest victim is BadBunny, a female streamer with just over 90,000 followers who made waves in the streaming community in recent days after an outburst at her own viewers.

A clip of BadBunny, who mainly streams Just Chatting and IRL content on her channel, began doing the rounds on social media that showed her becoming frustrated at her viewers for not donating or subbing to her stream when she was “working for free.” Then, during her January 20 livestream, BadBunny brought up the subject yet again, questioning how her viewers had “hours of time to watch me and not five dollars” and saying that the wall of “non-subs” in her chat was “heartbreaking.”

BadBunny’s views on people watching for free and the obligation to subscribe or donate caused many in the industry to speak out, and when it came to Dr DisRespect to weigh in, he appeared to mock the streamer on several occasions during his January 20 livestream.

Within the first few minutes of going live, The Doc fires a shot at BadBunny, ordering his “manager” to “line up the contracts” so that he wouldn’t have to stream for free on Twitch. “If they [the viewers] are sitting in the channel, and they’re watching me for free, I’m gonna be pissed off,” he jests.

Later into his stream, Dr DisRespect revisits the topic with another phone call to his “manager” and asks him to find a solution to people watching him for free.

“Figure out a way,” he demands, “for every single person who’s watching this stream… Force them to pay. Yeah, I don’t do this shit for free.”

Despite Dr DisRespect’s satirical view of people paying to watch content on Twitch, he is currently the third most subscribed-to channel on the platform at the time of writing. Data for BadBunny’s sub count is not publicly available.