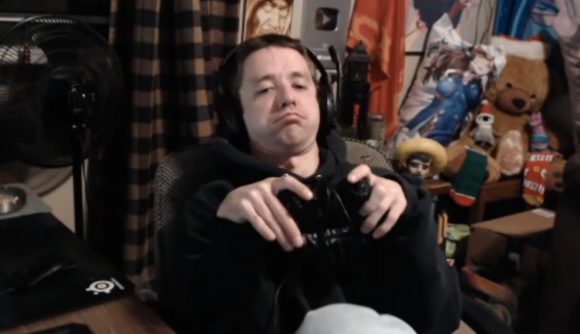 The controversial live streamer Matthew ‘dellor’ Vaughn has been unbanned from Twitch, following his permanent ban from the platform on October 1, 2019.

Dellor, known mostly for his anger issues while streaming, was permanently banned from Twitch for smashing a keyboard on his head during a game of Apex Legends. Though the incident was said to be the final nail in the coffin for dellor’s Twitch account, which the service classed as self-harm, people have speculated it was a culmination of temporary bans that ultimately led to this point. This caused the Warzone streamer to make the switch over to YouTube Gaming, bringing his loyal fan base to Google’s streaming platform.

There has been some confusion over Twitch rescinding dellor’s ban as he hasn’t submitted an unban appeal, and Twitch’s initial ruling was said to be permanent. Dellor has been banned in the past for making racist and sexist remarks, and while some people may be quick to jump to his defence, the clips speak for themselves. There are members of the Twitch community who don’t feel comfortable with the platform’s decision to unban dellor as his past actions are inexcusable.

Dellor has made numerous apologies in the past for his mistakes, citing mental health issues as the primary reason. Upon hearing the news of his Twitch account being reactivated, dellor tweeted this: “I can’t think straight right now. I had given up all hope. After everything I have said about them, Twitch actually unbanned me. I have been through so much and have tried so hard to improve myself and my stream and I didn’t think they saw or cared. Thank you, Twitch.”

Clips of dellor’s past racist comments are now recirculating as Twitch users argue against him being let back onto the platform. Be warned that the below tweet is NSFW and contains offensive language.

I love you @Twitch, but this is wrong. A true slap in the face to every black creator & viewer. Is it really worth the money? Please fix this mistake. I still have hope you will do the right thing. https://t.co/YNXlUcfOKQ pic.twitter.com/KJdr8WBz4L

Twitch’s decision to unban dellor has called into question who else could be unbanned from the platform after a lengthy absence. While the most obvious answer would be Dr Disrespect, it looks like Ice Poseidon fans are asking Twitch to unban their favourite streamer.