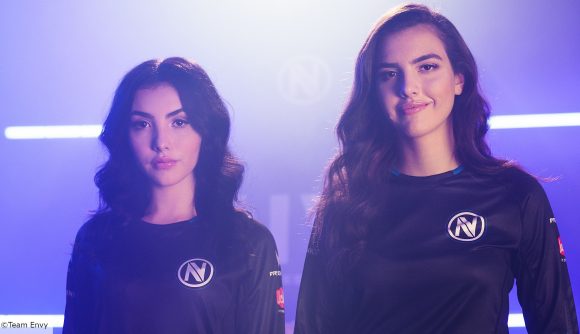 At the start of the year, very few would have predicted that a number of esports biggest organisations would have added chess players to their rosters. Well, 2020 has been unpredictable in every sense, hasn’t it?

The likes of TSM and Cloud9 have picked up chess grandmasters Hikaru ‘Hikaru’ Nakamura and Andrew Tang respectively this year, and now Team Envy has scooped the sisters that were arguably the driving force behind chess’ popularity on Twitch: Alexandra and Andrea Botez. The BotezLive channel, where the two sisters regularly broadcast some of Twitch’s biggest streamers honing their chess skills, began the year with just 55,000 followers, according to SullyGnome. As 2020 draws to a close, the channel now boasts close to half a million followers.

Envy’s signing of the Botez sisters also sees them launch a new content creator network which will run alongside its competitive endeavours in esports. The organisation hopes to add “diverse cultural and gaming personalities” to the network’s roster throughout 2021.

According to a press release, Envy “plans to develop original content series in partnership with the sisters and integrate Andrea and Alexandra into video content, livestream competitions, and more.” The sisters will also host content that is exclusive to Envy’s new members-only service, EnvyUS – a model being adopted by a number of major organisations throughout 2020.

As chess continues to merge itself into the esports and video gaming sphere, expect more of the world’s grandmasters and top chess personalities to be snapped up by organisations in the near future.