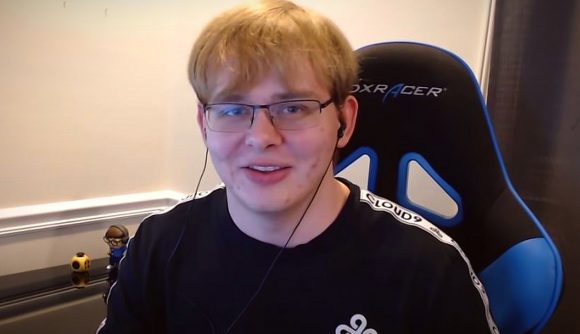 Last month, Katerino confirmed numerous rumours circulating online that she and CallMeCarson were no longer together after she had been caught cheating on him with close friend and fellow YouTuber ‘Fitz.’ This was the main topic of discussion when Katerino joined Dr K on his Healthy Gamer channel, which has seen a number of big name streamers and content creators open up to the psychiatrist about personal struggles and mental health.

Just as Dr K was wrapping up his conversation with Katerino, a massive $10,000 donation comes in from CallMeCarson in the top right of the screen, along with the short message: “Thank you for helping her.” Not wanting to draw attention to this while still talking with Katerino, Dr K waits until she leaves the call to acknowledge the donation, which makes him feel “overwhelmed.”

Dr K later goes on to call CallMeCarson a “magnificent bastard” for deciding to help people who think they don’t deserve help, even in spite of the personal history between him and Katerino.

Neither CallMeCarson or Katerino have said anything about the donation, but it does appear to have been made with genuinely good intentions.

CallMeCarson himself has been open in the past about struggles with mental health, particularly in the period around the end of his and Katerino’s relationship.