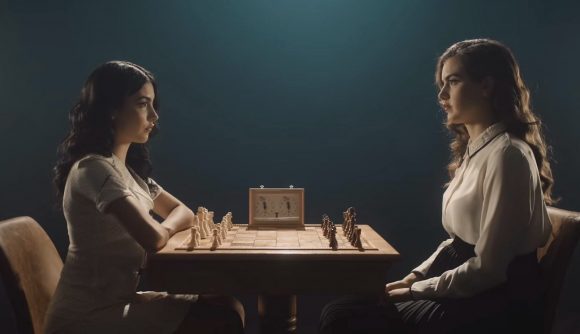 Alexandra and Andrea Botez have become the latest creators to sign an exclusivity deal with Twitch. The sisters have been one of the main driving forces behind the popularisation of chess on Twitch, and they’re joining some of the planet’s biggest streamers on the platform’s roster of exclusive talent.

As a result of chess’ growth on Twitch over the last 12 months, numerous creators and grandmaster players have been signed to some of the biggest esports organisations’ content teams – including the Botezes themselves, who joined Envy in December last year. While many thought the initial hype around chess would soon subside, it has remained one of the most-watched categories on Twitch, boasting more viewership in the last 30 days than the likes of Overwatch and PUBG, according to SullyGnome.

“We’re very grateful to be working closer with Twitch,” Alexandra Botez tells The Loadout. “Andrea and I have a lot of exciting projects planned and being partnered with Twitch will help us realise some of them.”

While chess has settled in comfortably as one of Twitch’s most popular categories, it was never going to be easy to get the platform’s existing audience engaged with it – and to bring lifelong chess enthusiasts to Twitch.

However, through their entertaining broadcasts and getting dozens of popular streamers involved in tournaments and chess content, the sisters were arguably the biggest factor behind the game’s success on Twitch.

“Chess is one of the world’s most popular games that has withstood the test of time,” Alexandra says. “The big challenge at first was adapting an ancient game to a modern audience, [but] now that we’ve crossed the chasm, we believe chess on Twitch is here to stay.

“There are two main types of chess content that will continue to keep the game popular: high-level events and streamer personalities playing for fun. For example, every time there’s a World Championship match, we’re sure chess popularity will be at a high. Beyond this, we want to help organise many casual chess events for streamers and viewers – hopefully some that are in-person as well, once COVID-19 restrictions are lifted.”

Excited to announce we are partnering with @Twitch to continue to bring the best streams to our fans and inspire other young female creators to follow their passion for content creation and chess!
P.S. clip from 2018 (our first year of streaming) 😂 pic.twitter.com/KuHeoCzFxz

Alongside the announcement of their exclusivity deal, the latest chess competition to be headed by the Botez sisters has also been revealed.

The Botez Bullet Invitational will see a swathe of top streamers compete in a one-hour tournament, in which games will only last two minutes. Bullet chess prioritises rapid thinking, and each streamer will play games against other streamers until the hour runs out. Each win will award points, and after the hour is up the streamer with the most points will win.