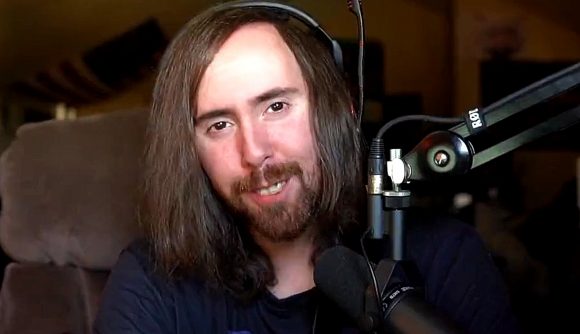 The first OTK Games Expo is on the way and there’s a good reason to be excited for it. Hosted by the ever-controversial Zack ‘Asmongold’, this showcase aims to shine a spotlight on 30 upcoming indie games that would otherwise fly under the radar in and amongst the announcements expected during the Summer Game Fest. However, there’s more to this event than just that – Asmongold is putting up $50,000 in prizes, all of which will be dished out to the developers of the indie games on show. It isn’t going to be an even split, though. This showcase is going to be a battle royale where the most popular indie games get the funding.

Asmongold has confirmed that the OTK Games Expo is going to be streamed on his Twitch channel on June 8 at 11:00 PST / 14:00 EST / 18:00 GMT. There’s currently no information on how long the showcase will be, but with 30 games set to feature, we could see this last several hours.

Of course, at the conceptual level, the OTK Games Expo is a controversial idea – it’s an event that’s rewarding popularity first and foremost, which will ultimately mean several indie developers miss out on funding support. However, Asmongold’s announcement of the event has gone down well with his followers on social media.

Even without direct financial support from Asmongold’s organisation, the OTK Games Expo could be vitally important to indie games and their developers. Asmongold currently has over three million followers on Twitch and over 700,000 followers on Twitter. The level of exposure this showcase is offering could help increase the fundraising efforts of the indie developers displaying their games, regardless of whether they win any of Asmongold’s cash prizes. We don’t know that this is how it will play out – yet, anyway – but, it’s far from a bad thing.

The OTK Games Expo is “powered by” Intel Gaming, Razer, and Game Fuel – as you can see in the announcement below – so expect to see something from these brands during the showcase, if you plan to tune in.

At the moment, there hasn’t been any announcements regarding the line-up of games players can expect to see from the presentation – but, Asmongold assures fans that there will be a variety of genres represented among those games being shown. So, there might be something in there that you like.

If you’re looking for something to do while you wait, though, then you should check out our complete list of all the best Xbox Game Pass games available – as there are some great indie games on there. Alternatively, you can also check out the best PS5 games and the best Xbox Series X games right here.