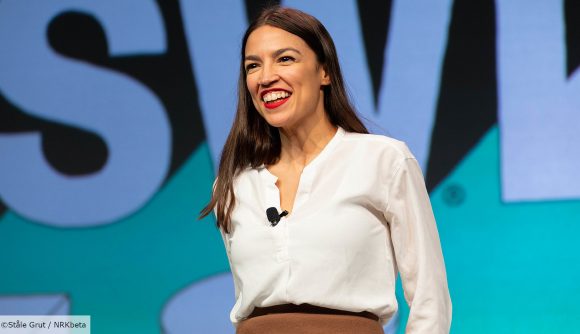 Star-studded Among Us lobbies have been part of the game’s massive popularity on Twitch. But no lobby has ever contained a US politician – that was, until last night.

Congresswoman Alexandria Ocasio-Cortez made her Twitch debut last night alongside popular streamers such as Imane ‘Pokimane’ Anys, Hasan ‘Hasan’ Piker, Ali ‘Myth’ Kabbani, and Jeremy ‘DisguisedToast’ Wang. With her account having hundreds of thousands of followers before she even went live and getting partnered in less than an hour, it’s safe to say that the stream was highly anticipated.

Well, the historic stream lived up to the hype and pulled in the viewers as Ocasio-Cortez set a Twitch record: the highest peak audience for a debut stream. While sites such as Twitch Tracker report a peak of 426,000, Rod ‘Slasher’ Breslau claims that the actual peak was 439,000. Either way, it’s the largest number of people in a Twitch streamer’s first broadcast ever. Combined with the streams of the other players in the lobby, viewership of the Among Us session would have sailed comfortably past half a million.

This insane peak was not just a flash in the pan either, as Ocasio-Cortez held over 300,000 viewers for the majority of the broadcast, which lasted for over three hours. Her overall average concurrent viewership clocked in at 325,000.

The insane peak audience achieved by Ocasio-Cortez was also one of the highest ever for an individual streamer. The Democrat is beaten by just four other streamers, including Michael ‘Shroud’ Grzesiek, who saw over half a million viewers watch his Twitch return stream earlier this year, and Tyler ‘Ninja’ Blevins, whose famous Fortnite stream with Drake and Travis Scott in 2018 attracted over 610,000.

For the streamers involved, it was a crazy experience. Pokimane described it as her “best day ever,” while for Ben ‘DrLupo’ Lupo, it was just another moment in a rather bizarre day after also streaming with an in-character Sacha Baron Cohen earlier in the day to promote the new Borat movie.

Today was one of the weirdest days of my life.

While Ocasio-Cortez was certainly enjoying herself, the overarching aim of the stream was to encourage young people to vote in the presidential election. With so many eyes on the stream, it will almost certainly have convinced a few to head to the ballots.

Despite just one stream and her channel being created less than 48 hours ago, Ocasio-Cortez has racked up over 540,000 followers. This puts her channel in the top 500 on Twitch in terms of follower count.