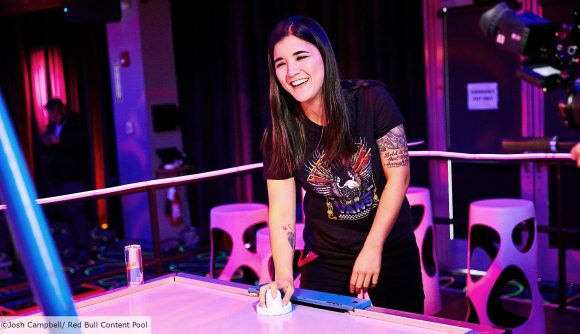 Popular streamer ‘Anne Munition’ has revealed she will continue streaming exclusively with Twitch after signing a new multi-year contract with the platform. Anne Munition started on Twitch back in 2014 and went full-time on the service only a year later after gaining followers fast. She currently has over 628,000 followers, which can be attributed to her steady streaming schedule and overall outward positivity.

Anne Munition describes herself as a workaholic, and her huge fanbase on Twitch is a testament to that. She has become an advocater for positive communities on streaming platforms and has a no-nonsense approach to toxicity on her channel. Anne Munition also managed to raise over $32,000 for St Jude Children’s Research Hospital last year, beating her $5,000 goal in just 30 minutes.

“Since joining Twitch in 2014, Anne Munition has made it her mission to create a safe space for people online. Whether it’s streaming a battle royale or simply going live to check-in, you can truly feel how much she cares about her community,” senior vice president of content at Twitch, Michael Aragon, told Forbes.

Anne Munition plans to continue streaming every day and hopes her following will grow even further with the financial support she is receiving from Twitch. She is hoping the deal will help her gain stability as a streamer so she can concentrate even more on entertaining and connecting with her audience.

Finding @Twitch launched me on a crazy journey I never could have imagined and I'm happy to announce that I'm here to stay. 💜https://t.co/1GDpoAc33e

Earlier this year, Anne Munition reached out to game developers in an effort to combat stream sniping and help Twitch become a place where streamers feel comfortable without viewers attempting to sabotage gameplay.