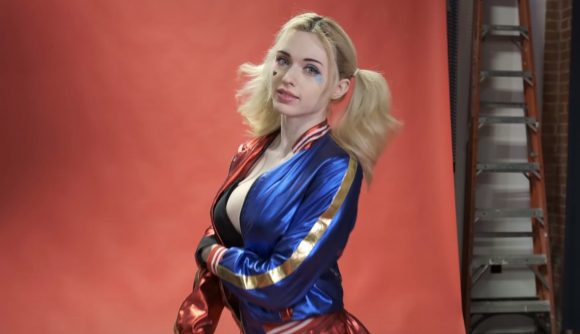 One of the biggest female streamers has just been handed her third Twitch ban. Kaitlyn ‘Amouranth’ Siragusa, who has more than 1.5 million followers on the platform, was banned earlier today, although it’s not clear what for.

Amouranth hasn’t said what the ban was for, but fans have been speculating that it’s because the streamer accidentally showed a fan’s inappropriate profile picture during one of her chat ban appeal streams a few days ago.

This is now the 27-year-old’s third ban on the platform. Previously Amouranth was banned in September 2019 for accidentally exposing herself during a stream and again in March 2020 for a gym stream which was flagged by the moderation team for “inappropriate behaviour.” Despite being her third ban, the streamer has confirmed that Twitch has only banned her for 24 hours.

So if you’re a fan of the streamer, expect to see her back in action on Twitch tomorrow.