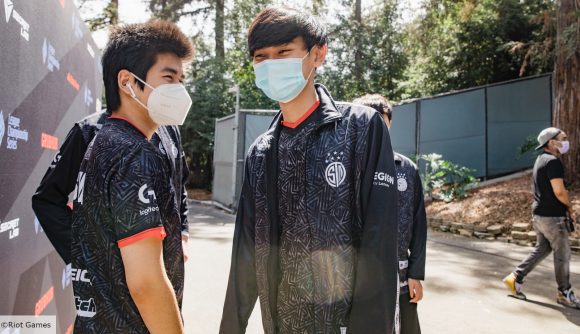 TSM is one of the most storied names in all of esports, but that well-known acronym is about to get a few extra letters. As first reported by The New York Times, TSM has secured one of the biggest sponsorship and naming rights deals ever scene in esports, partnering with Hong Kong-based cryptocurrency exchange, FTX.

As part of a ten-year deal worth a staggering $210 million, TSM will be changing its name to TSM FTX. This name will be adopted by all of its current teams, but according to Dot Esports the FTX branding and name will not be permitted during Riot broadcasts, impacting its LoL and Valorant teams. TSM had teased that some form of big partnership was coming with a video yesterday, depicting founder Andy ‘Reginald’ Dinh as a Wolf of Wall Street-style character. Despite the teaser, many are blown away by the scale of the partnership it has formed with FTX.

With TSM now getting $21 million annually from its new sponsor, the organisation has vowed to not only chase more big-name players with the cash but also expand. Offices in Europe, South America, and China will now be opened.

“It gives us a strong foothold to really grow our brand globally,” Reginald tells the New York Times. “We want to truly be a global esports team. We have to invest in having bases in multiple places.”

While TSM has been no stranger to splashing the cash on big-name League of Legends imports in the LCS, for example, this deal sends its already large valuation skyrocketing.

TSM is not the only team to change its name recently due to a partnership with a new sponsor. Reigning League of Legends world champions DAMWON Gaming partnered with car maker KIA to rebrand as DWG KIA, and TSM’s LCS counterpart Dignitas is now known as Dignitas QNTMPAY after partnering with a digital banking firm.