SK Gaming’s defeat to Fnatic in the first round of the 2021 LEC Spring Split Playoffs last week was perhaps to be expected. A team filled to the brim with rookie talent and LEC newbies was never really expected to surpass a Fnatic side which had infinitely more best-of-five experience at this level of League of Legends and had defeated SK in both regular season ties.

However, despite the series ending with a 3-1 defeat, the games were incredibly close, and could have flipped either way. Strong performances from players like toplaner Janik ‘Jenax’ Bartels and botlaner Jean ‘Jezu’ Massol throughout the match gave SK avenues for success. Throughout the series we saw glimpses of the El Clásicos of old which had forged the rivalry that has been absent between the two teams for some time now.

In our 2021 LEC Spring Split Playoffs predictions, we noted one player who had been crucial to SK’s success so far this season – Erik ‘Treatz’ Wessén. Having achieved a whopping 82.4% kill participation – the highest out of any player in the LEC this split, while also snagging four Player of the Game awards – the former Team SoloMid man has well and truly established himself back home in Europe.

We caught up with Treatz after the Fnatic series to reflect on his first LEC studio experience, the team’s performance, and its next steps. As a former NA import who clearly retains his love for the region, we also gleaned the player’s take on the current discussion surrounding relaxing the LCS import rule. 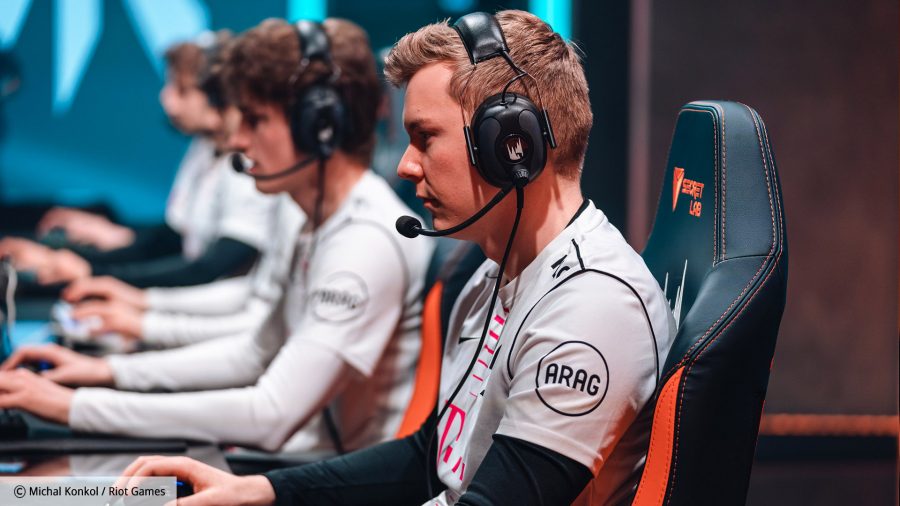 The Loadout: How was the experience of coming into the LEC studio and playing that first best-of-five series as a team today?

Erik ‘Treatz’ Wessén: I think we’re all very confident playing on stage. We’ve all done it at some point. Obviously, it’s been such a long time for me – it’s been one and a half years or something crazy. But I’ve played so many different series in the past on stage, so I don’t feel any additional pressure from that. It’s just very hype in general to play on stage. I think it brings out a lot of good things in people.

I think it also shows a lot of flaws in general, as a team, because you play way more instinctually than you would in scrims where you can play a bit more calculated. I think Fnatic edged out on a lot of these things from experience, which we just don’t have. But we definitely had a solid series overall, I would say.

Of course you’ve played in series of this level before, but for the rookies you wouldn’t think that this was their first best-of-five in the LEC. I was particularly impressed with Jezu, and I’m sure you’ll agree.

Yeah, for sure. I’m definitely happy with how Jezu played. Especially in game three and four, when there were some unlucky flips in bot lane that made the game kind of unplayable from bot side. But I think we did show up in teamfights a lot. And we showed up in a lot of clutch moments where it mattered. But I’m really happy with how he and all the rookies played. As a team we had a clear game plan in all the games, we were confident in all of our drafts, and I think it showed overall even though we lost the series. 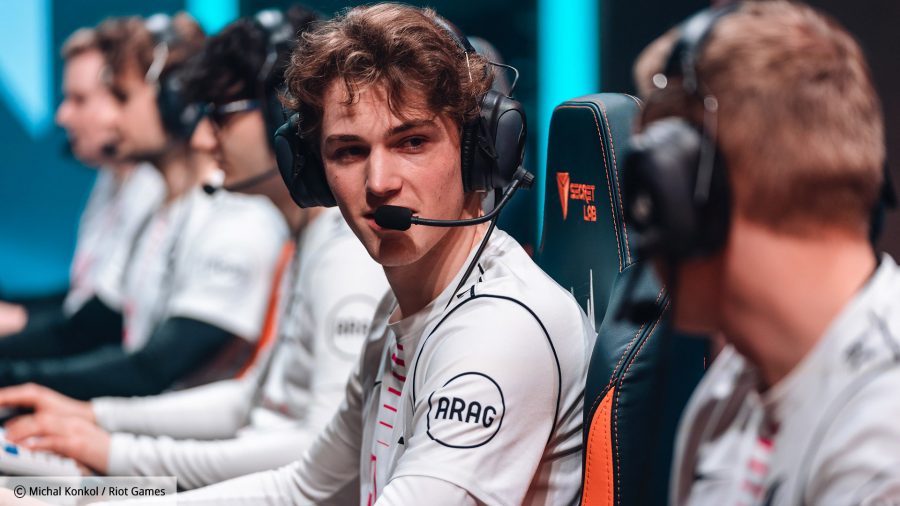 What was the game plan for you two in the bot lane, and how do you think you executed on it?

In general, we wanted to match Fnatic’s aggression on bot side. Obviously picks like Alistar made it really easy for us to do this, which they also figured out and they banned a lot of the fighting bot AD Carries – I think their bans in the last two games were like Kalista, Alistar, Tristana, right? So they were basically targeting us, because they’re afraid to play those sides of the matchup.

When the game was even, like in game one and two, then I think we showed that we can easily match them and pressure them. But they have a lot of experience, which also shows in this type of series where they fake pressure a lot, and they really try to force you to make mistakes.

This is something that we’re also looking to improve for Summer, where you play really far up and you really pressure the opponent, even though your jungler might not be nearby. So I think they played well from that perspective. But I also think we showed that we can easily match them when the situation is correct.

What else does SK need to improve on as a team heading into Summer?

Right now I think we’re pretty good overall, I think our main goal is to just increase everyone’s level by like 20%. I think it was a really close margin that helped Fnatic win – they were just playing slightly better in lane, in fights, and had slightly better flips. I don’t think we have any problems with our macro in general – I think we take good fights. So I think it’s just about making everyone a better player so we can contest for the title.

Really close series today, a bunch of very small things deciding the series but FNATIC edged out on a lot of them. We improved a lot during the past 2 weeks but it wasn't quite enough. In summer we will get our revenge and smash them into the ground.

Obviously your stats this split have been fantastic, so how does it feel to return to Europe and have that immediate impact, and what else do you think you’ve brought to this SK team so far?

It feels really good to play at a level that I’m happy with, but I still think I can push myself harder and increase my level even further. And I think even in NA, I was already at this level, I just think I didn’t have the proper tools around me to show it. So for myself, personally, I would say I’m happy. But I’m not satisfied, because I know I can do better.

I think, in general, what I bring to SK is a lot of confidence, a lot of good vibes to my teammates, and being a caller for my team. 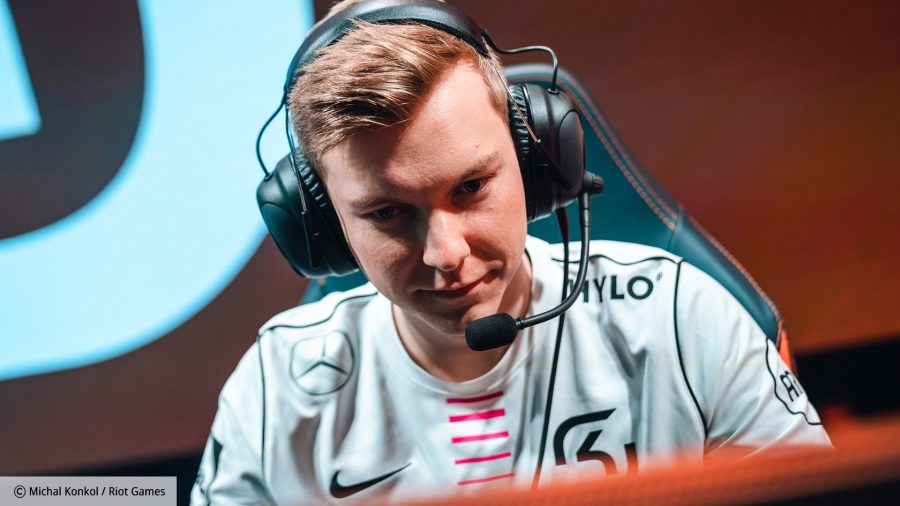 In recent weeks there has been a lot of discussion over in NA surrounding import rules – as someone who was an import, and from what I can tell continues to keep an eye on the LCS, what is your take on the issue?

I honestly think the import rule discussion is just really dumb. I think it’s obvious that there should be these import rules in place. And I think a lot of the problems that NA owners are facing is that they don’t actually understand the talent that they have under their roster or in other teams. And it comes from bad scouting, bad talent understanding, and bad implementation of amateur players, I would say.

I think a good example of this is in Golden Guardians now they have Aiden ‘Niles’ Tidwell and Ethan ‘Iconic’ Wilkinson. They’re getting turbo flamed by Reddit even though I don’t think they should play in LCS right now. Why would they make the step up from amateur to LCS instantly? That’s not their own fault because obviously they would accept the offer, right? It’s up to the management, and it has bad scouting there – they should know that maybe if they play in Academy for one more split, then they can be ready.

It’s so easy for imports to look bad because they’re put in bad situations, instead of being played alongside someone the team has properly scouted and added strategically.