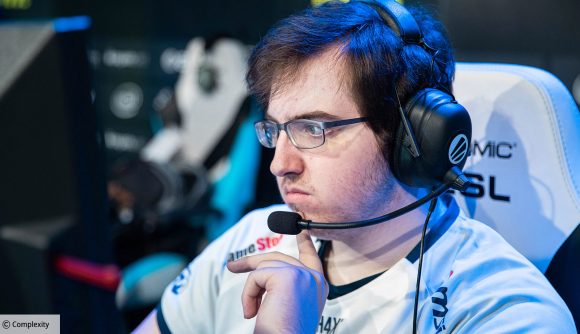 As we enter the final week before the Valorant Champions Tour Stage 3 NA Challengers Playoffs kick off, most teams will be busy refining their strats and maximising their synergy. However, Team Envy has decided that bringing in some extra firepower is what’s required to secure its ticket to Berlin, announcing that Jaccob ‘yay’ Whiteaker will be joining the team from Andbox.

As initially reported by Upcomer’s George Geddes, the first signs that yay was set for a move came when it was revealed that Andbox was trialling new players, and was playing without him, Noah ‘JcStani’ Smith, and Zander ‘thwifo’ Kim. While it was expected that yay would join another top NA team, few could have imagined that it would be so close to a crucial juncture in Envy’s VCT Masters bid.

yay has consistently impressed since joining Andbox last September, primarily offering his services to fill the team’s duelist spot as Jett. Most impressively, yay has continued to shine despite a whole host of roster shakeups over the past year, helping Andbox qualify for a number of Challengers events and even securing a place in the Stage 2 Challengers Finals.

With El Diablo’s arrival, Envy has subsequently announced that he will be replacing Anthony ‘mummAy’ DiPaolo, who will remain with the team in a reserve role.

Going forward, @mummAy will be moved into a reserve role with the team.

Yay will be joining the starting roster next weekend in #VCT Playoffs.

While Envy has undoubtedly upgraded its roster with the move, there is now only a few days left until it takes on Team SoloMid in the upper bracket quarterfinals. As such, the team seems to be making a gamble on raw ability over existing synergy. Fans will be eager to see if it pays off when the playoffs begin on August 11.