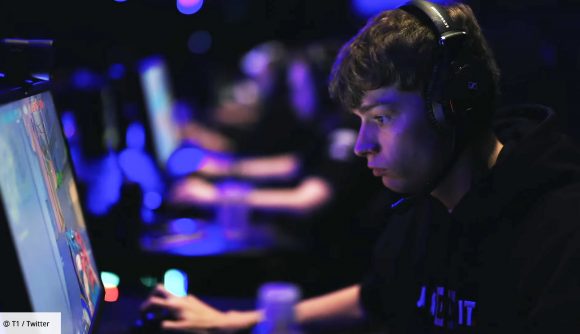 T1 has announced that it has released Braxton ‘brax’ Pierce and Keven ‘AZK’ Larivière from its Valorant roster. The news follows the signing of Timothy ‘autimatic’ Ta from Gen.G Esports’ Counter-Strike: Global Offensive team last week, which fueled rumours surrounding the futures of both players.

T1 made brax its first signing after the organisation announced that it would be entering Valorant. This was a landmark moment for the former iBUYPOWER player who had previously been banned from CS:GO as a result of a match-fixing scandal back in 2013. AZK, a fellow former iBUYPOWER teammate, was the next player to be snapped up by T1. With the later additions of Tyler ‘Skadoodle’ Latham and Sam ‘DaZeD’ Marine, four members of one of CS:GO’s greatest what-ifs had been reassembled.

However, the fairytale story lacked the fairytale ending, as T1 struggled to find its tempo. Despite having qualified for First Strike NA back in December, the team was quickly dispatched by eventual winners 100 Thieves. More recently, T1 crashed out of the inaugural 2021 Valorant Champions Tour NA Challengers Qualifier after a Round of 16 defeat against Andbox.

With the second VCT Challengers Qualifier just days away, it’s unlikely that we will see brax and AZK picked up by another team in time to compete. As such, if the duo wishes to make a push for the first Masters event of the 2021 Champions Tour, then the final Challengers qualifier at the end of the month will be their final chance.

Thank you for being such an integral part of T1 VALORANT – best of luck in your future endeavours & we'll see you on the server! pic.twitter.com/maNryDGNxl

With autimatic linking up with Skadoodle once again, T1 now possesses two pieces of Cloud9’s 2018 CS:GO Boston Major-winning line-up. Fans will now be eagerly awaiting the team’s final roster spot announcement ahead of the next round of open qualifiers this week.