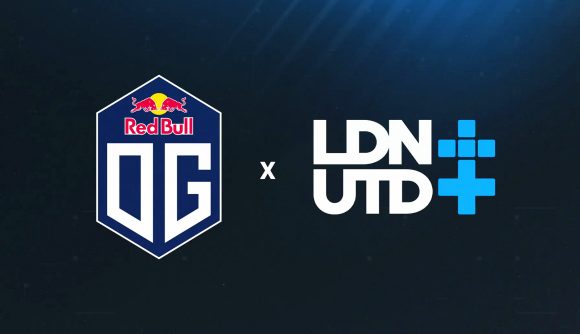 OG Esports has entered a strategic partnership with UK-based organisation LDN UTD in the Valorant space, the two groups announced today. The move will see LDN UTD, which is currently competing in the Valorant Champions Tour, fall under the jurisdiction of both organisations as ‘OG LDN UTD’.

Additionally, a little bit of OG spice is being thrown into the mix with the addition of analyst Tyler ‘Bambino’ Jay, who will work alongside head coach Tommaso ‘JoYnt’ Gavioli. According to the announcement, the team will wear a “co-branded” jersey when VCT Challengers 2 kicks off on May 13.

Based in London’s Camden Town, LDN UTD founder and CEO Oliver Weingarten says that the partnership will allow the organisation “to continue to support our existing Valorant team and give them the best chance of pursuing success and fulfilling their ambition.” Additionally, Weingarten “looks forward” to working with OG to grow its community, and expand its footprint through local events.

We are UTD with the OG's.

Meanwhile, OG Esports CEO JMR Luna says that the organisation has “found a perfect match” in LDN UTD and the values it embodies, including a love for its community driven initiatives. Luna hopes OG can “contribute to its success this new season.”

OG currently fields a roster in the French Valorant Regional League, VRL France: Revolution, and has committed to supporting the team until the end of the season. From there, it looks like it will be putting all of its eggs into the VCT basket with OG LDN UTD.