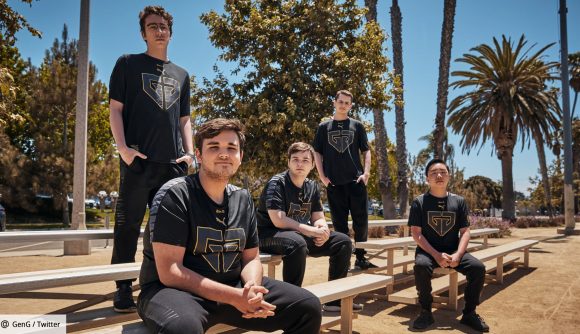 Valorant Champions Tour Stage 3 has already seen some monstrous performances. It was only a few weeks ago that 100 Thieves’ Peter ‘Asuna’ Mazuryk dropped a 48-bomb on Icebox during the team’s series against Version1. Last night that record was narrowly beaten by Gen.G’s Nicholas ‘NaturE’ Garrison, during what is now the longest-lasting map in the esports’ history.

During Split – the second of three Valorant maps in Gen.G’s upper quarterfinals defeat to Team SoloMid – NaturE posted 49 kills on KAY/O, who has only seen play three times in NA Challengers main events since his release at the beginning of Episode 3, Act 1. While teams are clearly still working out how to best-utilise the Initiator in a professional environment, NaturE decided that clicking heads is the best course of action for the robotic agent.

Scoring 40+ kills on a single map is a rarity in pro play, as it usually requires many rounds of overtime. Fortunately for NaturE, Split went to an astonishing 44 rounds, beating out the previous record of 40 set by GodSquad and Velocity Gaming in the TEC Challenger Series last September. After an hour and a half of play, and despite NaturE’s cracked performance, it was TSM that took the map, with Matthew ‘WARDELL’ Yu posting 46 kills of his own.

You can check out the full VoD from Split below.

With Gen.G subsequently beating out Masters 2 representative Version1 after the defeat to TSM, the team will now play the loser of TSM vs T1 in the second round of the lower bracket. Should TSM drop into the lowers, NaturE and the rest of Gen.G will be eager to reverse its fortunes this time round.