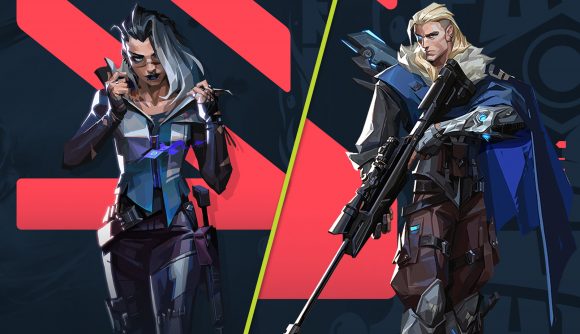 Valorant patch 4.08 has the potential to really shake up the meta. Nerfs to golden children Jett and Sova – the two most-present agents at the previous four LAN events – could pave the way for more diverse picks, with the buffed Neon and newly-introduced Fade possibly taking their places on certain maps.

Speaking to The Loadout as part of an upcoming interview, Excel Esports assistant coach and resident Sova connoisseur Sam ‘Fields’ Greenfield says that although it’s too early to tell just how impactful the nerfs to the Initiator will be in pro play, the team has already been hard at work figuring out how to play him around the changes.

Generally, though, the nerf to Sova’s drone is “huge” according to Fields. As an example of how this impacts existing agent interactions, he notes that having to drone further forward so it will reach certain sites within its reduced uptime now puts him at the mercy of a KAY/O knife.

“Take Breeze for example,” Fields says. “If you’re trying to drone out onto A, you’d usually drone from deep Cave and still be able to reach the site. But now you won’t be able to reach there, you’ll have to drone close, and KAY/O can just cancel that utility.” The coach reckons teams will now have to set up around their Sova better to grant him the space to safely gather information undisturbed.

The other major change to Sova’s kit present in the latest Valorant patch notes is a reduction in the damage dealt by his (Q) Shock Bolt that now means players need to be in the centre of a double-shock to be killed by the combo. Fields doesn’t feel this change will be nearly as impactful as the drone nerf in pro play, though he does say the darts were “pretty busted” in certain circumstances with a grin.

So where does Fade come into the mix? Well, Fields can’t say for sure right now seeing as she has only just made her way into the game, and pro teams have yet to really test her out. However, the potency of her (E) Haunt and some of the possible line-ups found so far seem “pretty strong” in his opinion, and he believes there are certainly opportunities for her to find a home on maps like Bind, Fracture, and Split where Sova currently isn’t played. If she finds joy elsewhere in place of Sova remains to be seen.

Stay tuned for our full interview feature with Fields which is set to drop within the coming days. Here we chat about Excel’s first stage in VRL Northern Europe: Polaris, scrimming the top VCT EMEA teams, how his role as a coach has evolved since Valorant’s beginnings, and more.