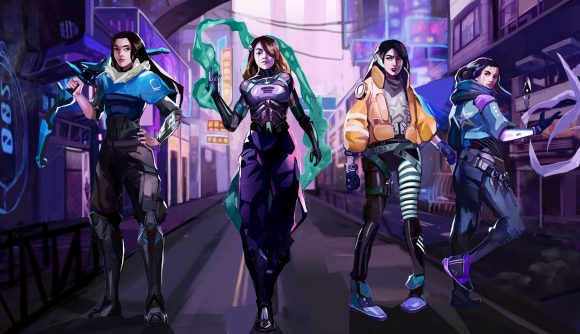 The move sees Complexity follow in the footsteps of other major North American organisations like Cloud9 and TSM in fielding women’s teams for Valorant esports. Like many Valorant rosters out there, Complexity GX3’s lineup hail from a variety of other esports and have all converged on Riot’s first-person shooter. The team is captained by ‘Alimonstr’, the original founder of GX3. Alimonstr is a six-time Esports World Cup winner in Counter-Strike and kick-started GX3’s initial entry into Valorant.

Alimonstr is joined by ‘maddiesuun’, who was a professional Fortnite player before transitioning to Valorant. maddiesuun was part of Gen.G’s Team Bumble – the first all-female pro Fortnite roster to be signed to an organisation.

Also on the team is ‘akaL4CE’, a rising star in female Valorant who put in impressive performances on the GX3 roster.

Lastly, there’s ‘Aniemal’, who alongside competing for GX3 is already a part of the Complexity family as a content creator.

The fifth player on Complexity GX3 will be revealed at a later date, but the team intends to compete at the VCT Game Changers Qualifier on September 24.

Welcome to the New Generation.

As well as wanting to make its mark on the Game Changers events, Complexity GX3 aims to “take actionable steps to eliminate toxicity as well as partner with charitable organizations and female-forward brands to break down barriers and empower female gamers.”

“GX3 uniquely embodies our organization’s core values, and we’re thrilled to welcome them into the Complexity family,” says Jason Lake, founder and CEO of Complexity Gaming and global head of esports at GameSquare. “The squad’s competitive credentials coupled with their growing platform for female empowerment have the potential to shake up the gaming world in a major way.”