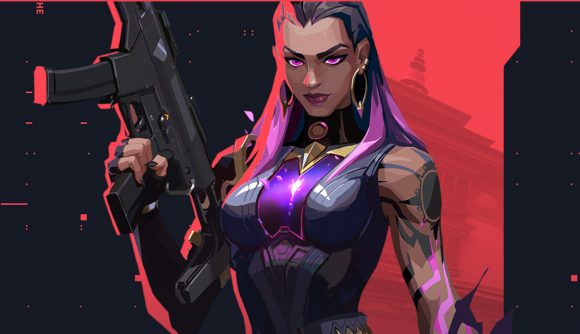 The secret to being good at tactical shooters like Valorant is simple: just click heads. Well, 100 Thieves’ Peter ‘Asuna’ Mazuryk yesterday put that wisdom into practice (and then some) during the first map of the team’s upper-bracket quarterfinals victory over Version1.

Championing Reyna, Asuna put on an ice cold performance on Icebox, racking up a KDA of 48/24/6, and ending the map with an Average Combat Score of 387 – monstrous. With a whopping 36 rounds played to decide the map’s victor, Asuna wasn’t the only one who put up solid numbers. Version1’s Brady ‘thief’ Dever and Maxim ‘wippie’ Shepele both posted 30+ kills with positive KDAs, but ultimately weren’t able to overcome Asuna’s prolific display.

Asuna is only the third player to post over 40 kills on a single map. According to vlr.gg, the previous record was held by Gambit Esports’ Igor ‘Redgar’ Vlasov, whose 47-bomb was dropped against Oxygen Gaming in October last year. Team Sampi’s Štěpán ‘Ambi’ Beránek completes the trio, having totted up 44 kills against Invicta Gaming back in April. Ambi’s feat was also achieved on Icebox, so maybe there’s something in the map’s water.

If you want to check out Asuna’s audacious performance for yourself, you can check out the VoD below.

With 100 Thieves now through to the Stage 3 Challengers 1 upper-bracket semifinals, Asuna will surely be looking to recreate his gargantuan Icebox performance against Team Envy – the very team which knocked 100 Thieves out of the Stage 2 Challengers Finals earlier this year.