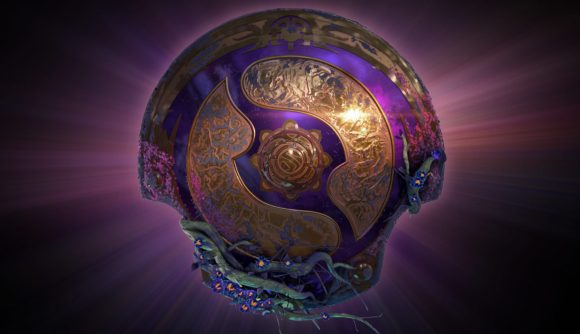 Dota 2 developer Valve has admitted it still “can’t yet commit” to rescheduling The International 10 or the Dota Pro Circuit as the situation around the coronavirus pandemic is still too unpredictable.

While a lot of major esports have seen their premium events move online, such as the Call of Duty League’s Championship, Valve has refused to do the same for TI10, which was meant to have taken place last week in Sweden. There is still no time frame as to when Dota esports fans can expect to see the world’s best teams do battle at TI10, despite other premium tournaments such as the League of Legends World Championship committing to an offline tournament later this year, albeit with teams in a bubble system and potentially no audience.

“In following how the pandemic has been developing globally, the recent increase in the unpredictability of COVID-19 means we can’t yet commit to new dates for TI10 and the DPC,” a post to the Dota 2 Twitter account reads. “We share your eagerness in returning to these events, and will announce updates as soon as we can.”

In following how the pandemic has been developing globally, the recent increase in the unpredictability of COVID-19 means we can’t yet commit to new dates for TI10 and the DPC. We share your eagerness in returning to these events, and will announce updates as soon as we can.

While this announcement will have somewhat sank the hearts of Dota 2 fans, the blow was softened slightly by a rousing tribute video to past TI tournaments, featuring some inspirational words from Lord Gaben himself.

For the past nine years, August has been a time of excitement for the entire Dota2 community.
During the next six days, let’s remember some of its best moments together. #TIMoments pic.twitter.com/Bi1JB6tG60

The International is one of the most hotly anticipated events on the esports calendar and it’s mammoth prize pools constantly smash existing prize money records. The purse intended for TI10 is still climbing and is just a few thousand dollars away from toppling last year’s record-breaking $34.3 million pot.