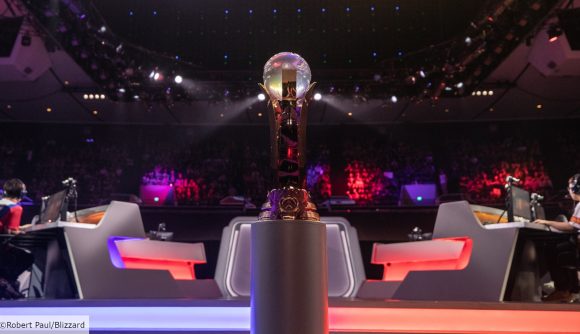 With the preliminary qualifiers for the Overwatch World Cup kicking off today, October 31, many fans across the world will be gearing up for a weekend of exciting Overwatch action at this year’s Blizzcon.

However, along with the concerns over whether BlizzCon will be effected by protests over the developer’s treatment of Hearthstone player Chung ‘Blitzchung’ Ng Wai, there is also a sour taste at the fact that 13 of the countries that were offered places at the OWWC have had to withdraw.

While some national teams didn’t give an explicit reason for dropping out, most have cited issues with fundraising and support from sponsors as to why they won’t be able to send their team to Anaheim for the event. Only the top ten seeded nations have their travel and accommodation costs covered by Blizzard for the event, whereas the remaining 37 countries who had registered to compete have to raise their own funds to cover everything from plane tickets, to food, to hotel rooms.

This has raised questions about whether Blizzard’s strategy of only funding the world’s best nations is in fact a bit backwards. The likes of China, South Korea and the US all have everything paid for, despite having the biggest Overwatch and general esports communities in the world, as well as all having Overwatch League franchises within their borders.

While some of the 13 nations announced they would be dropping out of the competition early doors, others such as Chile and Brazil have had to pull out just days before they were due to fly out to Anaheim.

The 13 teams who have pulled out of the Overwatch World Cup are:

With broken heart, we have to face the facts – we will NOT attend #OWWC2019 as a team this year due to lack of funds. We hope that in the next years we will find a way to provide for our team so this wont happen again
Thanks for all the support given! pic.twitter.com/PGniLz3CRb

While this is the biggest World Cup yet in terms of the number of countries competing, having this many teams dropping out, especially from countries with big esports fan bases like Brazil and Poland, could see Blizzard change their approach to funding for the Overwatch World Cup next year.

The OWWC is already going to be under the microscope to see how it deals with planned protests at BlizzCon off the back of the Blitzchung saga. With both Hong Kong and China in attendance, it is likely that focus could be on the politics of the event rather than the games themselves.

The preliminaries for the Overwatch World Cup will begin later today at 10:00 PST (17:00 GMT) and you can find out who is playing who here.