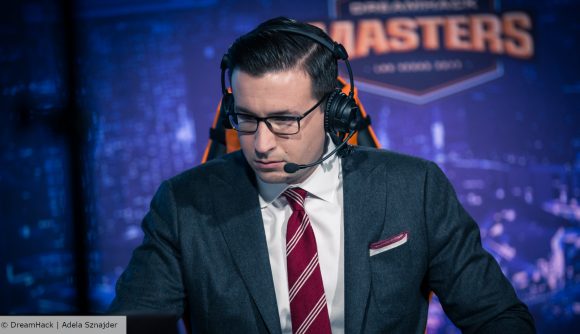 Auguste ‘Semmler’ Massonnat is regarded as one of the best Counter-Strike: Global Offensive casters out there, but in the last two years, his voice has been associated with the Overwatch League. However, the world-class caster is set to make a return to the Valve shooter he calls home after announcing he wouldn’t be returning to Overwatch to cast the league’s third season.

Semmler is the fourth broadcaster to break rank with Blizzard, following in the footsteps of Christopher ‘MonteCristo’ Mykles, Erik ‘DoA’ Lonnquist, and Chris Puckett, although the 31-year-old insists he’s still on good terms with Blizzard. In fact, he left because Overwatch’s meta has changed drastically since the inaugural season two years ago.

“I was always treated well there [at Blizzard], it’s not a management thing,” he tells The Loadout. “Unlike Monte, who went out all guns blazing, there’s no bad blood between me and the Overwatch League, and if I were to pop in and do a weekend here or there, I’ve not closed any doors. The game just changed. If you’ve watched me cast Counter-Strike, you’ll know I like to get excited and hyped, but also that I don’t fake it. But that was getting more and more difficult in Overwatch.

“The game has changed so radically since the first season and when we first started out, there were more options for mechanical skills and big plays. I felt like it was still possible to carry a team pretty hard individually but that’s harder now after the last two years. It [the new meta] slowed the game down so much that it became difficult for me to cast it.

“The game has to speak to you if you’re a caster, that’s where we’re at.”

I will not be returning to cast full-time at @overwatchleague. The hard part is putting a 2 year partnership on hold. Thanks to @hexagrams for having my back in all things. Too many in the crew to thank, you know who you are. Best of luck with the homestands! Time to GET AFTER IT pic.twitter.com/TConzA6r7u

Semmler had a rocky start in the Overwatch League. Fans took to social media to complain about his casting, along with his partner, Robert ‘hexagrams’ Kirkbridge, but the 31-year-old refused to let the criticism get him down. His chemistry with hexagrams both on and off screen created a dynamic casting duo that helped the Overwatch League get off to a good start. But with the ambitious home and away format of Season 3 just weeks away and multiple casters handing in their notice, Blizzard is having to fight an uphill battle.

“Blizzard has got its work cut out next year because it’s the homestand year,” Semmler adds. “It’s going to be one hell of an adventure but there’s a tremendous amount of pressure to execute it. Having a bumpy situation like this isn’t great but who knows, if they crush the first week of homestands, will anyone really think about it?”

Since making the announcement this morning though, Semmler has been flooded with messages of support on social media. The caster has remained tight lipped about where he’ll go next, but he’s confirmed to The Loadout that CS:GO is back in the frame among other things.

“I’ve not locked anything down but CS:GO is always at the top of my list,” he says. “It always feels like I’m coming home when I cast that game. I’m really going to try and get more going with CS:GO. I did two years at Overwatch but it’s time to change it up.

“I’m looking at a couple of things right now but I’m trying to blow it open this year.”