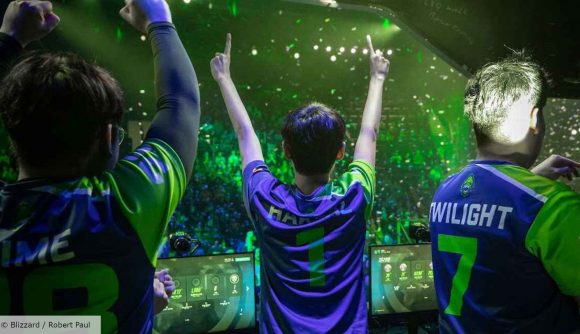 Former Dallas Fuel player Brandon ‘Seagull’ Larndon has called for a players association to be formed for Overwatch pros amid a period of massive roster movements and free agency in the Overwatch League.

Seagull, now a full-time streamer, is one of the most vocal former professionals in the community and he’s now taken to Twitter to advocate for a players association. Citing the potentially long offseason period that has been rumoured in some reports and the large wave of free agency that has been occurring in the league recently, Seagull says a players association is “desperately” needed in the Overwatch League. He believes that due to a number of factors, including the eventual switch to Overwatch 2, franchises are trying to cut costs by making swathes of players free agents.

However, Seagull’s take has been challenged by some, including OWL caster Andrew ‘ZP’ Rush. He believes the recent surge in free agents is simply performance-based, and that top talent currently without a team will have no problem landing a spot on another franchise.

“I don’t think that’s what’s going on at all,” ZP responds to Seagull’s tweet. “I think many teams have realized their current core of players won’t bring them to a championship and want to make significant roster changes. Top free agents will be signed long before the end of this year.”

I don’t think that’s what’s going on at all.

I think many teams have realized their current core of players won’t bring them to a championship and want to make significant roster changes.

Top free agents will be signed long before the end of this year.

The discussion over a players association and mass free agency closely mirrors discussions in Activision Blizzard’s other franchised esports league.

Following the conclusion of the Call of Duty League’s inaugural season, a format switch from 5v5 to 4v4 was announced. This, partnered with the fact a brand new title in Black Ops Cold War would be played in 2021, saw some franchises drop entire rosters and make them free agents.

This sparked calls for a Call of Duty players association, with the likes of veteran Ian ‘Crimsix’ Porter leading the charge and suggesting one was in the works.

Players associations currently exist in a number of other esports scenes. CS:GO has the  CSPPA, while 16 prominent Fortnite pros also assembled a players association for their game, which managed to establish a direct line of communication between the pro scene and Epic Games.