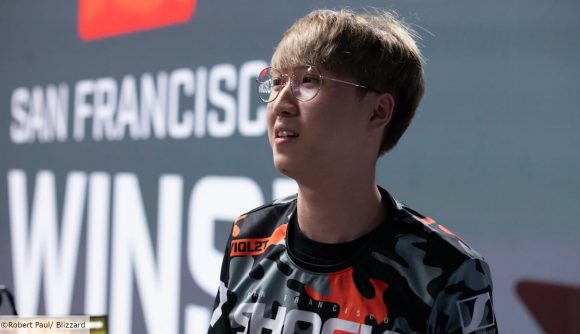 The nominations for the Overwatch League MVP for the 2020 season are out, with ten different pros in the running for the prize. Voting is open from now until August 28, with the winner to be revealed on September 13.

Philadelphia Fusion, San Francisco Shock, Guangzhou Charge, and Shanghai Dragons each have two nominations each, while Paris Eternal and Florida Mayhem have one each to round out the pack. Last year’s winner was Jay ‘Sinatraa’ Won of the San Francisco Shock, although he is not one of their two nominations this time around, having switched from Overwatch to  Valorant. Prior to Sinatraa’s win, the inaugural OWL MVP was Seong-Hyun ‘Jjonak’ Bang of the New York Excelsior. After an average season for Excelsior, their squad has been passed over for nominations.

As well as a decent spread around this season’s top teams, there’s a good ratio of roles in there too. Damage pros lead the way with five out of ten slots, with three tanks and two supports rounding out the top ten. Sinatraa won in the tank role, and Jjonak as an offensive support, so perhaps it’s time for a damage win.

You can find the nominees below:

If you want to get involved, you can vote through Twitter. To cast a vote, just use the hashtag #OWLMVP, followed by either the Twitter handle or Battle.net name of whoever you want to vote for. That means if you’re voting for Carpe, you’ll need to Tweet either ‘#OWLMVP Carpe’ or ‘#OWLMVP @carpe_ow’.

These fan votes will account for 25% of the overall tally, with the other 75% coming from a combination of general managers, head coaches, broadcast talent, and media. So while you’ll get to influence the outcome, it won’t be entirely decided by fan favourites.
The winner will be officially announced on September 13 during the OWL post-season coverage. Said winner receives the MVP trophy, a $100,000 cash prize, and an MVP jersey patch for the 2021 season.