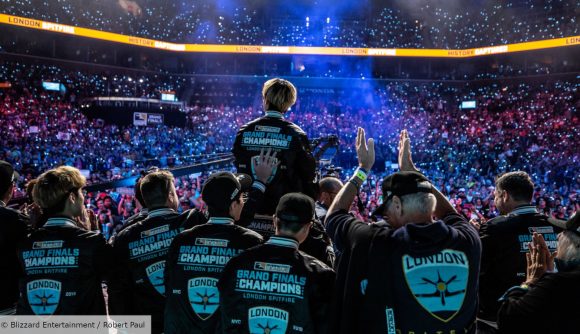 London Spitfire has announced it is saying farewell to its entire player roster and coaching staff. This massive overhaul will cause a shift from signing the best possible players and coaches to creating an in-house environment that will nurture and help players grow within its team.

Rumour has it London Spitfire will be looking into building a Western roster, this should help significantly with obtaining partner and sponsorship signings within the UK. London Spitfire has commented that it will continue free agency with most of the players it has had let go to ensure they find a new team with ease.

London Spitfire has always had a bit of an identity crisis. The UK based brand had an entirely Korean roster and going into Overwatch League Season 3 hired a team of rookies from tier 2 and 3 competitions. After winning the first-ever OWL Championship back in 2018 and having a fairly successful track record since then, London Spitfire hasn’t won a series since June.

The initial announcement came earlier this month and let people know most of the coaching staff were being let go. You can check out the newest announcement following The Esports Observer’s report below.

It is with heavy hearts that we must announce that we must bid farewell to our players. We have offered free agency to most of our players to ensure that they can find a new team to thrive in with the least amount of resistance. #AcesHigh pic.twitter.com/PqRIKHGAEn

With London Spitfire and its fan club Hangar 9 recently helping Overwatch become more accessible to the hard of hearing, we wish them all the best with this drastic change. Time will tell if the organisation has made the right choice.