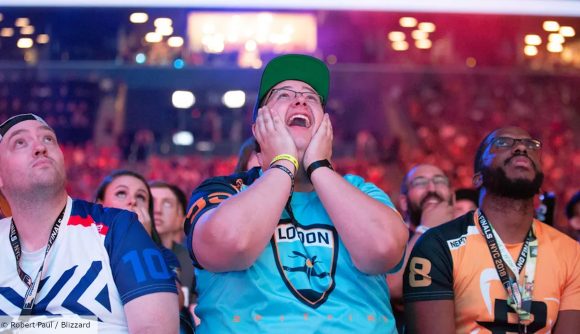 Overwatch League team London Spitfire has named where it will be hosting matches in the UK for the upcoming 2020 season.

In a blog post, the esports organisation announced its homestand venues would be Wembley’s SSE Arena as well as a location in Birmingham that is yet to be confirmed. ‘Homestand’ is a baseball term being forced upon us fine British folk by the yanks over at Blizzard – It just means home games. This is part of an overhaul the Overwatch League is receiving for the upcoming season.

Spitfire is going to be playing Paris Eternal and Toronto Defiant at the SSE Arena on March 28th and 29th, 2020, respectively, with games against San Francisco Shock and Los Angeles Gladiators set for June 6 and 7 in Birmingham.

Season tickets are already up for pre-sale, too, with the Squadron Leader tier clocking in at £203.30, with attendees getting a lanyard on top of seating.

Then there’s the Wing Commander level, which sets fans back £406.60 for VIP seats in addition to limited edition merch. At the top, there are the premium Air Marshal season tickets which cost a cool £795, but also net esports fans all of the above, plus even more Spitfire tat.

“We are excited to finally unveil that we will be hosting our UK fans at two iconic venues,” London Spitfire president Dan Fiden. “With The SSE Arena, Wembley already playing host to some amazing esports tournaments, we can’t wait to make our homestand weekends an unforgettable experience.”