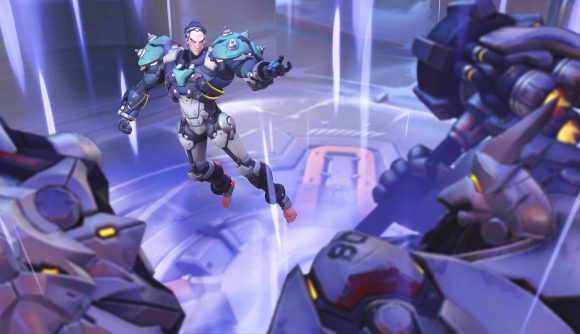 There’s always a bit of banter in online competitive games. However two professional players have been fined by Blizzard after messages they posted in the in-game chat were visible on stream.

Los Angeles Valiant’s support Jung-won ‘Lastro’ Mun and San Francisco Shock’s Dong-jun ‘Rascal’ Kim have both been fined $1,000 after they jokingly typed messages of an explicit nature into chat. Lastro wrote “sex” and “big dick” and Rascal decided to put his own spin on “big dick” by including some interesting symbols.

Both players weren’t aware that the chat was visible on the League’s YouTube stream, prompting teammates Caleb ‘McGravy’ McGarvey and Matthew ‘Super’ DeLisi to tell their friends to stop. The match observers even jumped into chat to try and get the offending messages off screen. But despite their best efforts, both the casters and the audience could see everything, and although most found it funny, Blizzard has decided to make an example out of them.

Since news broke of the fines, Lastro has apologised for his behaviour, saying he did it as a joke, but he’ll “make sure nothing like this ever happens again.”

Both players are free to play next week, although they will have to be on their best behaviour.