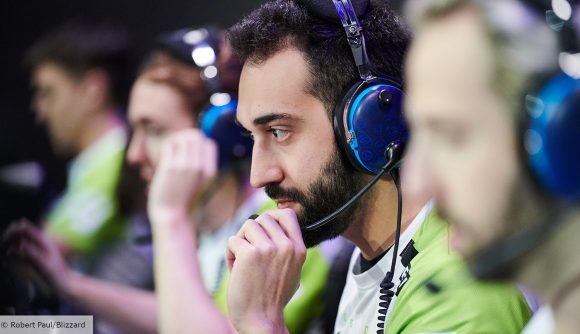 The Houston Outlaw’s Alexandre ‘Spree’ Vanhomwgen is leaving the team. The off-tank player most famous for playing Zarya and D.Va in the Overwatch League has left the American team – we are yet to find out what his next move will be.

The Belgian off-tank has been playing for the Houston Outlaws since the beginning of the Overwatch League back in 2017 and has been a firm part of the squad ever since. The Houston Outlaws haven’t been performing the best this year – although winning matches against teams like Florida Mayhem and the LA Gladiators, they haven’t been able to keep up with the big players like Philadelphia Fusion, San Fransisco Shock, or Paris Eternal.

Spree made sure to leave with a heartfelt note to his fans and team, telling them he has appreciated his time on the roster but it was the best move for him. His TwitLonger post says, “As of today, I am no longer part of the Outlaws. This has been a really hard decision and I’ve been thinking a long time for this. But this is what is best for me.

“I have spent 3 years in Outlaws, so many fun memories and so much I have experienced that I’m thankful for. In season 1 and season 2 of OWL I got to play on stage and those were my most memorable moments. My goal has always been to go for more playtime and I would grind endless hours of other heroes. During the time on the bench I’ve spent a lot of time to work and reflect on myself. I feel my mental [sic] has improved a lot. I have personally learned and grown so much from all those experiences.

“I’m gonna miss my teammates, it was always a blast to hang out. I will keep supporting you guys, you have been so inspiring to me. Always trying your best no matter what and having a positive attitude. I want to thank the coaches for working so hard and putting the bar higher. I also want to thank the staff for helping me out when I needed something.

Thank you @Spree for being with the Houston Outlaws and our fans since the beginning. We wish you nothing but luck and happiness in everything. pic.twitter.com/LreB8h57YO

“I wanna thank all the Houston Outlaws fans and supporters. Coming to our games and cheering for us whether we win or lose. Always trying to put a smile on us. I will never forget when I played on stage and the energy that was present. Thank you all for being a part of this journey.

“I’m free agent now, I don’t have any specific plans for the future but surely I will keep on playing for now.”

As the end of his statement says, there are no known plans for what Spree is going to do next. It might be moving teams within the Overwatch League, or he might even move on to playing Valorant like other Overwatch pros. Either way, Houston Outlaw fans have been wishing him the best on his next project.