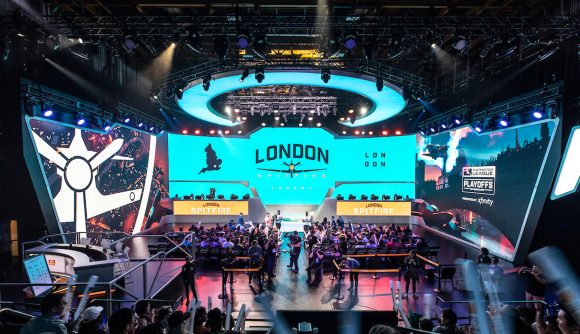 Announced on the Overwatch League website, the publisher released a statement that the precaution is in-line with the current guidelines of the CDPD. “We are continuing to closely monitor COVID-19 (coronavirus), city-level recommendations and mandates, and all guidelines set forth by the Centers for Disease Control and Prevention,” the statement reads. “After careful review and working in close collaboration with our teams, we are cancelling all Overwatch League events scheduled for March and April.”

The games will still happen, however, with the intent of “staying as close to our originally planned schedule as possible”. This includes matches from the previously cancelled homestands in China, which were halted earlier this month. Overwatch League commissioner Pete Vlastelica doubled-down on this on Twitter, stating: “To be clear, we will be playing matches in March and April. We cancelled the events, not the matches.”

There are several options available for facilitating these games. One is to play them to empty venues, much like IEM Katowice, and livestream gameplay to an online audience. Another is to move to an all-online format, which is what Psyonix has done for its weekly Rocket League games outside of the Regional Championships. Vlastelica also confirmed everything held will be broadcast.

And yes, the matches will be broadcast. https://t.co/ovM50K1TLN

The outbreak of coronavirus, which on March 11 was officially considered a pandemic by the World Health Organisation, couldn’t have come at a worse time for Activision Blizzard, who doubled down this year on city-hosted events for the Overwatch League and the inaugural season of the Call of Duty League.