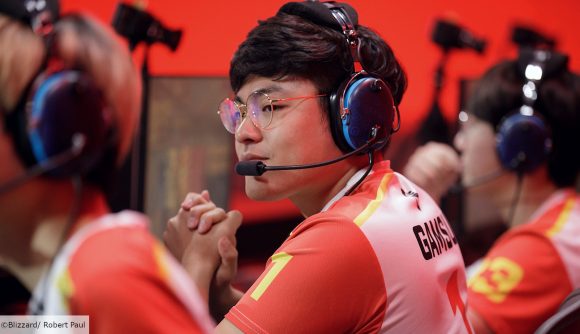 2020 will stick out in esports history for many reasons, but one of the biggest is the amount of players who called time on their careers to pursue a different title. The introduction of Valorant was at the core of most of these swaps, with teams poaching players from other esports scenes such as CS:GO, PUBG, and Overwatch.

Now though, one player that made an extreme switch up a few years ago (before it was, like, cool) has decided to return to his roots. Dallas Fuel’s tank in the Overwatch League, Noh ‘Gamsu’ Young-jin, has revealed he is ditching Overwatch esports so that he can revive his competitive League of Legends career. The South Korean played for a number of notable teams in North America and Europe, such as Dignitas and Fnatic, between 2013 and 2016, but the formation of the franchised Overwatch League tempted him away from the League of Legends scene.

However, after three seasons with three different teams (Boston Uprising, Shanghai Dragons, and Dallas Fuel) Gamsu is now switching back.

“I’m very grateful for the past three years of playing Overwatch, but I have made the decision to retire and pursue League of Legends again,” Gamsu says in his announcement tweet. “Please continue to cheer for me as I go into this next part of the journey.”

I’m very grateful for the past three years of playing Overwatch, but I have made the decision to retire and pursue League of Legends again. Please continue to cheer for me as I go into this next part of the journey.

Gamsu becomes the latest player to leave the Overwatch League in 2020 after a number of high-profile names left to join Valorant rosters. However, the switch from MOBA, to tactical shooter, and back again is fairly unprecedented.

Gamsu previously played as a toplaner in League of Legends and according to his OP.gg account he has been playing a diverse range of champions. Recently, Gangplank, Ornn, and Shen appear to be the most popular picks. He is currently Diamond 2 in ranked League of Legends.