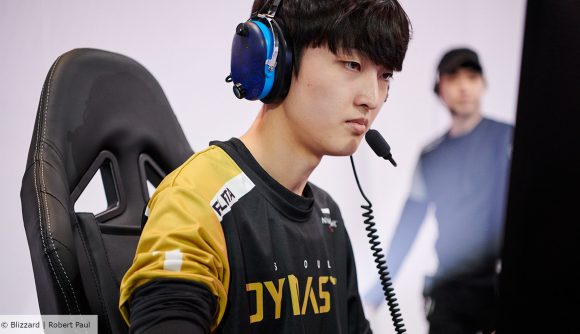 The Flex DPS has helped the Dragons to a pretty successful regular season this year, ending it top of the standings with a 27-2 record. Despite having a successful season, Flex is surprised to have picked up the MVP award.

“I think the MVP is the hardest award to receive [in the Overwatch League], and that’s so meaningful to me, because it’s picking the best player of all the players in the league,” Fleta says. “It was an honor to even be nominated, and then to get it. I’m just really happy to be recognized for my hard work.”

The award should come as no surprise to the player though. Fleta’s high strike rate led to a statistic called the ‘Fleta Deadlift’ which is earned when a player earns more than half of their team’s final blows on a single map – something he’s clearly become known for.

The hard work starts now for Fleta and his team, though. The Dragons have successfully booked a place in the Grand Finals, which begin on October 8. Since the Dragons are top of the pack in Asia, the team will face second NA seed, Philadelphia Fusion.

Before then, Fleta can enjoy the $100,000 prize associated with the award, as well as the design process around his MVP skin. Let’s just hope he doesn’t have to wait quite as long as Jay ‘sinatraa’ Won for his skin though…