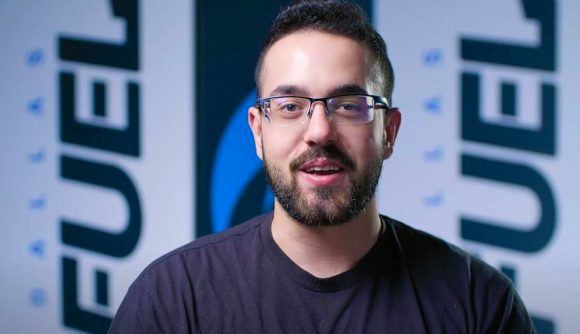 What was already a brutal week for Dallas Fuel fans became even worse yesterday as long-serving support player Jonathan ‘HarryHook’ Tejedor Rua was released from the Overwatch League team’s roster.

With Fuel already parting ways with DPS player Jang ‘Decay’ Gui-un for refusing to practice with the team and splitting with its head coach and assistant coach, it has now lost HarryHook from the roster too after the Spaniard was called out for being “misogynistic” when Discord messages were leaked on social media, according to Dot Esports. While a Fuel statement describes HarryHook’s infringement simply as “player misconduct,” it appears that these messages were definitely the reason for dropping him after the player apologised for “calling some girls whores.”

“Today, we informed Jonathan “HarryHook” Tejedor Rua of his release from the Dallas Fuel as a result of player misconduct,” the Dallas Fuel statement reads. “We thank him for his four years with the organisation and wish him the best in the future.”

Not gonna make a big deal of it, I tried to help this person for some time, and all i was getting shit on, this person want more than just being friends, I told her no, she wanted more attention, well… i cant give it, thats it, sorry for calling some girls whores.

The Discord messages in question show HarryHook using the slur, and then arguing with an Overwatch League fan who questioned his inappropriate language.

I really didn’t want to come forward about this but, because ppl want to know: this isn’t isolated behavior, unfortunately.
I attempted to bring this up to him and these were some of his responses. https://t.co/wYfhjRx3AF pic.twitter.com/MEjri8e08g

The 28-year-old has been with Dallas Fuel since the inception of the Overwatch League in 2017 and played for Fuel owners Team Envy prior to that too. He has also appeared for Team Spain at every Overwatch World Cup event.

Dallas Fuel’s wounded roster will take on Washington Justice in its next fixture this weekend in the knockout stage of the Countdown Cup.