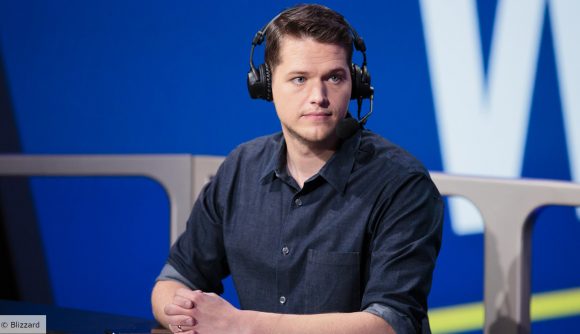 We already know that the upcoming season of the Overwatch League is going to look a little bit different, but it turns out fans will see more changes than they bargained for. Host Chris Puckett has announced he will not be returning for the third year of the league and will instead be covering a number of other esports.

The host, who has become synonymous with Overwatch League broadcasts, made the announcement on New Year’s Day and explained that he has moved back to New York to support his wife, Molly, with her promotion. In doing so, he has become a freelance esports host.

“Unfortunately that means I won’t be on the west coast to host the Overwatch League for a third season,” he says in the video, which you can watch below. “I had a blast over the last two years and I know as a freelancer, it’s not the end of the road for me. I hope to be joining everyone in the Overwatch League and the Call of Duty League hosting and commentating the biggest events for the people I love.”

The former professional Halo player, who made a name for himself with Major League Gaming, now says he’s looking forward to exploring new opportunities with other games this year, citing Halo, Call of Duty, Counter-Strike: Global Offensive, Rainbow 6, and Apex Legends.

Ready for this Freelance Hustle pic.twitter.com/22oTtW9uiY

Puckett, who appears to have left the Overwatch League team amicably, follows caster Christopher ‘MonteCristo’ Mykles out of the door. MonteCristo announced he was leaving on December 31, citing creative and philosophical differences with the League’s leadership.

With the new season of the Overwatch League starting next month, we won’t have long to wait to find out which talent will step up to the plate in their place.