Founder of Team Envy and chief gaming officer of the Dallas Fuel, Mike ‘Hastr0’ Rufail, is fresh off the back of seeing his Overwatch League franchise win its first trophy. After a few seasons of mediocrity from Dallas Fuel, the team upset the apple cart in a big way at May Melee, storming through the competition without a designated hitscan DPS player following Jung ‘Xzi’ Ki-hyo’s surprise retirement due to health concerns.

This victory was followed just a couple of weeks later by the news that Overwatch 2, the successor to the current version of the game, will be switching from a 6v6 format to 5v5, with one less tank player per team. This of course means that, eventually, the same will happen to the Overwatch League, and losing tank players could become a reality for some of the league’s teams.

This is something Hastr0 has experienced all too recently. Team Envy’s other franchised team, the Call of Duty League’s reigning champion Dallas Empire, had to slash one of the scene’s all-time greats, James ‘Clayster’ Eubanks, from its roster as the CDL also downsized from 5v5 to 4v4. It’s no secret that this was a difficult decision at the time for everyone involved with Dallas Empire.

However, despite fears that tank players may soon see the chopping block too, Hastr0 tells The Loadout he is confident that most can keep their places in the league, going as far as to say that he is “willing to maintain” the current Dallas Fuel lineup when the 5v5 switch occurs.

“Overwatch is more role-based [than Call of Duty], and so in this scenario, you still need personnel that can play different tank heroes in the game,” Hastr0 explains. “We have two great tanks on our roster now, Choi ‘Hanbin’ Han-been and Lee ‘Fearless’ Eui-Seok, arguably two of the best in their roles in the entire league, and I don’t see us necessarily having to get rid of one of them like we had to in Call of Duty. 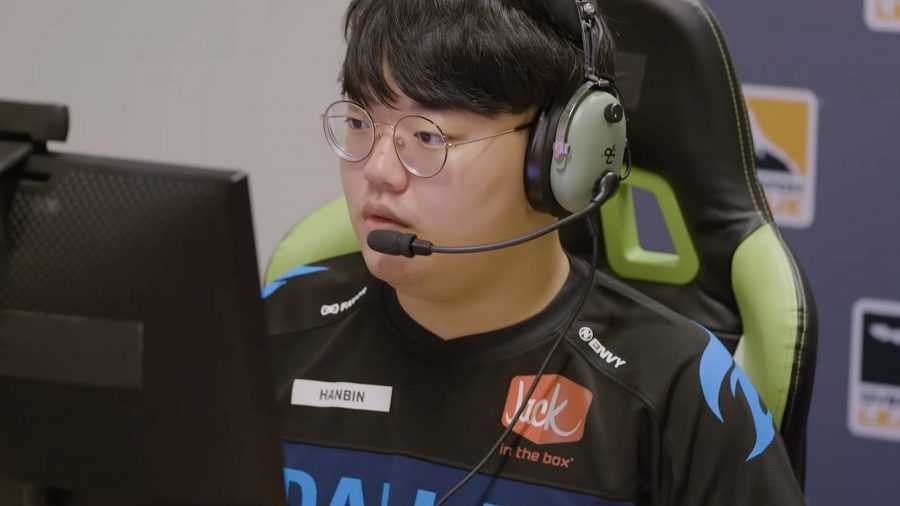 “I haven’t really talked to them about [the 5v5 change] specifically. We don’t even mention it, to be honest. I think what [management] is projecting down to the players is that nothing’s really changing for us. I think as it is right now, we’re completely willing to maintain the entire roster that we have, even in a 5v5 environment.”

While many tank players reacted negatively and with concern to the 5v5 announcement last month, Hastr0 believes the future changes coming to Overwatch 2 are a great way to try and push the OWL forward.

“One side of me definitely likes 6v6, but I will say that for us to improve the entire industry, experimentation is at the core of that,” he says. “Experimenting and trying new things often leads to innovation. And if it becomes worse, then at least you learn from that, and you can mark it off as an experiment that you don’t need to try anymore. Eventually, you end up with a product that feels good and is superior.”

Overwatch is in such a great state right now. I love the current tuning of the game. If Overwatch 2 gets tuned faster and something like this, I am down down down. Let’s see.

While changes throughout the Overwatch League’s life so far have been met with mixed responses and success, Hastr0 also says even the “micro level” changes to gameplay and the OWL’s structure should be “applauded”.

Hastr0 was speaking to The Loadout as part of a wide-ranging interview releasing later this week, in which he dives more into turning fortunes around for Dallas Fuel, what his ideal expansion plan for the Call of Duty League would look like, and Envy’s ever-growing content creation arm.