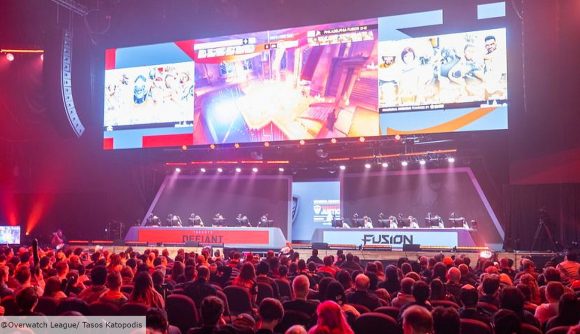 The vice president of the Overwatch League, John Spector, has given competitive Overwatch fans a first look at how the 2021 season will play out. As the global pandemic continues to cause travel and safety concerns, many of the radical format changes implemented in 2020 will remain, including a region split and a focus on tournaments, rather than homestands.

While many of the specifics are yet to be locked in, Spector says in a video update that the 2021 season will start “in the spring,” which will be at least a month or two later than OWL seasons usually kick off. He says this later start is to help teams and the league sort out logistics and “hit the ground running” when the season begins.

Spector also confirms that tournaments will be returning in 2021. While the video shows graphics for the May Melee, Summer Showdown, and Countdown Cup, Spector says the league will be “optimising” the structure and formats of tournaments, so expect some differences. He also confirms the season will be “built around” these tournaments, meaning homestand events or regular league play will be taking a backseat.

A pre-season tournament series is also in the works to keep OWL fans entertained during the longer-than-usual offseason.

There is also expected to be a region split of the Overwatch League’s 20 franchises, as was the case in 2020 with the North America and Asia-Pacific regions. However, Spector says the league is currently working with teams to determine where they want to be based, so there may not be the same 13-7 split we saw in 2020.

There is also confirmation of a Playoffs and Grand Finals to conclude the season, which will “bring the best teams together to crown a global champion.” Whether this will be played online or offline wasn’t stated.

Finally, Spector announces that the Overwatch League will feature at BlizzCon Online in February with a Shock vs The World event. This will see reigning champion San Francisco Shock compete against a number of “dream teams” which are made up of other pro players and community figures. It sounds similar to the kind of events you’d see at League of Legends All-Star, for example.

With OWL doubling down on its pandemic-proof format from last year, there’s still no word on how Activision Blizzard’s other franchised esports competition, the Call of Duty League, will be operating in 2021.