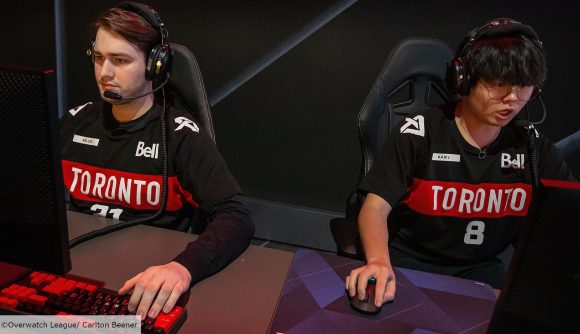 The Overwatch League has released a full update on the contract status of its players, and it reveals widespread free agency. There are even some surprising names on the list not having their contracts extended for 2021.

While being a free agent usually results in being picked up by another franchise or potentially being phased out of the league all together, this isn’t always the case. Many, such as former pro player Brandon ‘Seagull’ Larndon, believe the high number of free agencies is due to teams wanting to cut costs by not extending current deals and negotiating new, less expensive contracts with players. However, it’s also been argued that many teams are simply fed up with being outliers and want to completely revamp and become contenders for the 2021 title.

Either way, the contract update provides a comprehensive look at every player’s situation. Some we knew about before, but for many the information in here is newly released.

A quartet of players from back-to-back OWL champion San Francisco Shock’s roster are currently listed as free agents, with all four of their contracts expiring soon.

While there’s still time for Shock to negotiate new contracts, there’s also now the risk they could be tempted elsewhere. Matthew ‘Super’ DeLisi, Kim ‘Rascal’ Dong-jun, and Park ‘Viol2t’ Min-ki are all revealed as free agents. The fourth player, support Grant ‘Moth’ Espe, has already made his free agency known.

To clarify, my contract will be expiring this offseason.
I’m going to look at every option and ask each team their plans for next year.
I love shock players and staff so obviously I take that into account.
Im with @EvolvedTalent, but only shock can negotiate offers until im FA. pic.twitter.com/YJF8FstWBt

Elsewhere, Toronto Defiant is aiming for a full rebuild. Its social media manager was particularly busy yesterday as it released farewell tribute videos for ten of its 11 players on Twitter. The other player, Belgian DPS Andreas ‘Logix’ Berghmans was the only one to not formally receive a departure tweet from Defiant, but is listed on the contract update as a free agent as well.

In short, Defiant has no confirmed players for the 2021 season right now.

While the some players are still in contract limbo, they have until November 13 to exercise extensions or negotiate new deals with their current teams. From then onwards though, they are fair game for the rest of the league to sign.