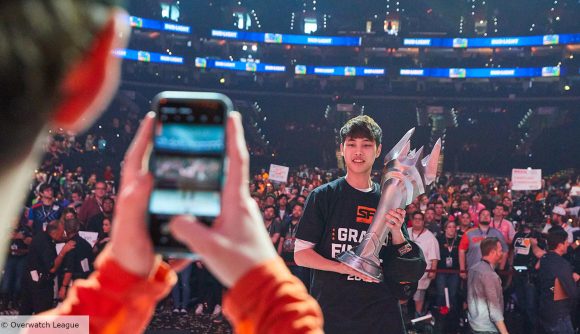 Blizzard has hired a travel and immigration expert to help teams in the Overwatch League plan their travel around the world next year. With every team moving to their home cities this season, the League is going international, and tournament organisers are aware that the constant travelling will take its toll on the young players.

So to prepare teams for this, the Overwatch League has seemingly invested in its operations team. Despite that, Jon Spector, senior director of the League, tells Dot Esports that most of the responsibilities for supporting players will fall on the teams themselves.

“We’re, wherever we can with our format and schedule, using bye weeks and sequencing matches and looking at which team is hosting at different times,” Spector says. “We’ve done everything we can with the levers we have to pull with schedule format while still realising the vision that we want every team to play every team.

“That said, I think a lot of responsibilities will fall on the teams themselves to provide good, supportive environments for their players, to help players manage the stress of travel, and plan their travel in a way that makes sense. We’re closely partnering with them.”

Before the season starts, teams have to submit a first draft of their travel plan so that the operations team can check if it makes sense and it fits travel requirements. And although the 2020 season is set for a huge shakeup, as detailed at BlizzCon, Spector wants the players to enjoy the experience.

“When you look at these players, this is their job,” he adds. “It’s an amazing job – you get to play videogames for a living – but these are people who are on average making north of six figures to play Overwatch professionally. So, yes, we’re asking them to travel around the world, but these are professional players and I expect them to rise to the challenge.”