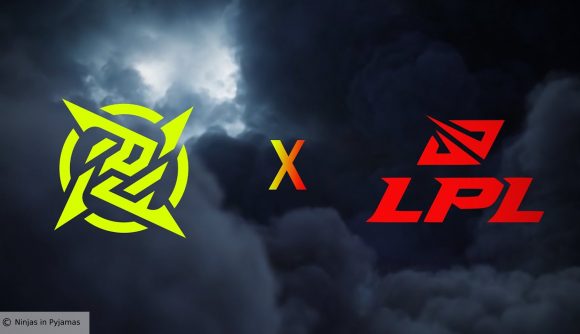 Swedish esports organisation Ninjas in Pyjamas has announced that it will be making a return to competitive League of Legends. However, this time it will be fielding a roster in China’s top league, the LPL, rather than in its native Europe, after merging with Chinese esports group ESV5.

“What this deal allows us to do is take a gigantic step towards becoming truly global by not adding another squad in Europe,” says NiP CEO Hicham Chahine. “But we’re going to another part of the world to build out and scale the brand in China.”

With this merger, LPL side Victory Five will now fly under NiP colours. The team has struggled immensely this season – going 0-16 in the Summer Split – after seemingly having finally found its feet in 2020. However, repeated roster changes over the past few splits has clearly taken its toll on the team’s performance.

NiP clearly has its work cut out for it, though it confidently states that, “with the addition of NIP’s performance team and model, this marriage of East-West philosophies should make for a potent approach not seen before in the LPL.”

NiP’s LoL pedigree stems all the way back to the earliest days of the then-EU LCS after it joined Europe’s premier league in Summer 2013. A number of notable players were a part of the NiP ranks at some point, including Team SoloMid legend Søren ‘Bjergsen’ Bjerg, current Rogue midlaner Emil ‘Larsson’ Larssen, and LEC on-screen talent Marc ‘Caedrel’ Lamont.

Here’s hoping NiP can turn things around and get off to a winning start next season.