When fabled LEC team Origen finalised its rebrand to the moniker of monolithic parent organisation Astralis, the direction it would take to rectify its more than disappointing 2020 LEC Summer Split was a mystery. Heading into the offseason, it had seemingly retained its core roster, which at the time included stars like Barney ‘Alphari’ Morris, Andrei ‘Xerxe’ Dragomir, and Elias ‘Upset’ Lipp.

However, these players began to vanish as LoL’s transfer window began. Xerxe and Alphari crossed the pond to LCS sides Immortals and Team Liquid respectively. Upset took the coveted Fnatic bot lane spot following the departure of Martin ‘Rekkles’ Larsson to G2 Esports. Jakub ‘Jactroll’ Skurzyński meanwhile made his way to Misfits Premiere in the LFL.

With Origen having all but disappeared from the LEC, veteran midlaner Erlend ‘Nukeduck’ Holm became the central pillar for Astralis to build around. Taking a page from MAD Lions’ book, the organisation conjured up a roster from LoL’s regional leagues – the pursuit of the next generation of LEC superstars a booming trend across the LEC.

Rather than pursuing these younger rookies, however, Astralis mostly opted for players who had already spent time in the LEC. Toplaner Matti ‘WhiteKnight’ Sormunen was brought in from the German Prime League’s BIG. Meanwhile, the bot lane duo of Jesper ‘Jeskla’ Strömberg and Hampus ‘promisq’ Abrahamsson were also brought in from the Prime League, having won both the 2020 Summer Playoffs and Grand Final with mousesports.

The final piece of the puzzle and sole rookie on the team, Nikolay ‘Zanzarah’ Akatov, had just come off a wildly successful year with the Polish Ultraliga’s AGO Rogue when he got the call. Finally, the 24-year-old would get his chance to properly shine on the region’s biggest stage, having only previously featured in the league during Origen’s defeat to Splyce in the 2019 LEC Regional Finals.

However, things have gotten off to a rocky start for Astralis. After two weeks of play, the team sits 1-4 in games, with parts of the LoL esports community having already written off the majority of the squad as washed up players of yesteryear. Zanzarah however remains confident that the team can get back on track. “We’re already on it,” he tells The Loadout. “But you saw from the Excel game that we’re still having problems in terms of understanding what our comp’s supposed to do and how we wanna play.”

Looking for a challenge? Grind the League of Legends ranks

As a fledgling roster, much work is going into developing synergy, with getting the basics down a core priority. “We’re just trying to pick a stable draft, make sure the comp is clear, and that everyone knows what to do,” Zanzarah outlines. However, that’s not to say we won’t be seeing more unconventional picks from the Skarner connoisseur. “I feel like these picks will show up closer to playoffs when people start target banning more,” he says. However, for now, he is focused on piloting the strongest picks he can. “I’m not that kind of guy who would go ‘guys, I wanna play this no matter what’,” he stresses. “If a broken champ’s open, we just go for it.” 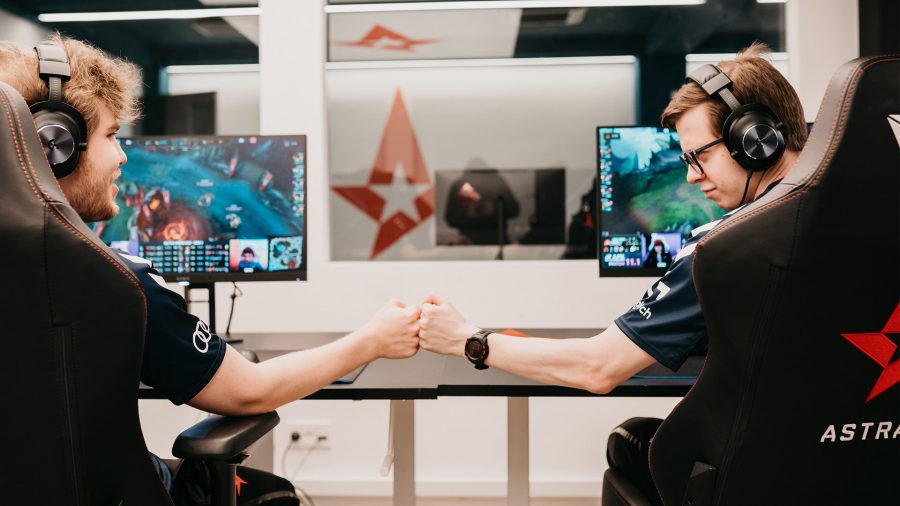 One jungle pick which has recently seen a renaissance of play is Udyr, a champion which Zanzarah believes is super strong, despite failing to make its mark in the LEC so far. “You can see from the LPL and LCK games that he’s on the first three rotations almost every game,” he notes. “But right now in the LEC the problem is that only the bottom teams are playing Udyr and they lost, and people are like ‘oh, Udyr, oh, lost, Udyr bad’. But it’s like this is not how it works boys, it’s not that easy.”

Referencing his performance on Udyr against Excel last weekend, Zanzarah believes that there may be a disconnect between how spectators perceive the pick, and how it actually operates within a professional game. “Even though I was 0/0/0, I felt the enemy team was really scared of me,” he says. “Maybe from the spectator side it was different, but I felt really useful in game, and Lillia was useless so I was just like ‘oh man, I can do whatever I want!’”

give a man a fish and you feed him for a day; give a man udyr and you will make him suffer lifetime

The jungler is confident that “we’re going to see more Udyrs” in the future, even though some teams don’t like to play it “because Udyr’s from Season 1.” Regardless of how dated the champion may be – though he will be getting a full VGU in 2022 – Udyr fits into the current meta of fast-clearing junglers, and offers a tankier option to the likes of Nidalee, Lillia, and Olaf, opening up other drafting possibilities.

Clearly enjoying his time zooming around the Rift on the Spirit Walker, Zanzarah is not the only member of last split’s AGO Rogue squad to have been offered a run in the LEC. Mathias ‘Szygenda’ Jensen went to Vitality, Paweł ‘Czekolad’ Szczepanik headed to Excel Esports, and Adrian ‘Trymbi’ Trybus was promoted to Rogue’s main team.

With a new wave of rookies funnelling into the LEC, we wanted to know just how big the step up is. Zanzarah nonchalantly states that, for AGO Rogue’s alumni at least, it’s “not that much,” as the team regularly scrimmed against LEC sides last split to gain experience in top level play. It appears that AGO Rogue was no slouch, either, with Zanzarah confidently asserting that, should it have competed in the LEC together, this EU Masters-winning roster would have most likely found itself in “fifth, fourth, maybe higher” by the end of the Spring Split.

However, as we know, AGO Rogue’s rookies were scattered to the four corners of the LEC. Once teammates, and now opponents on the Rift, Zanzarah relishes the chance to match up against his former comrades – particularly Adrian ‘Trymbi’ Trybus. “Of course I want to play against Trymbi more because he’s on Rogue,” he confesses, “Rogue is considered the top team right now.” Fortunately for Zanzarah, that opportunity will come sooner rather than later, with Astralis taking on Rogue this weekend.

Operating on different sides of the map, it wouldn’t be surprising if the players began to drift apart outside of the game, too. However, if anything, it has only given AGO Rogue’s graduates more fuel for their banter. “We still have a good relationship,” Zanzarah says “We’re trolling each other on Twitter and joking around.”

Though there’s always time for shenanigans, Zanzarah is firmly focused on the weeks ahead, and remains confident that Astralis can start to generate momentum once it makes its way past these initial stumbling blocks: “It’s a long season, so there is a lot of time to improve,” he says. Although question marks remain over some of Astralis’ roster choices within the community, it is clear that the squad has yet to reach its final form. How far it can go, however, is unknown.