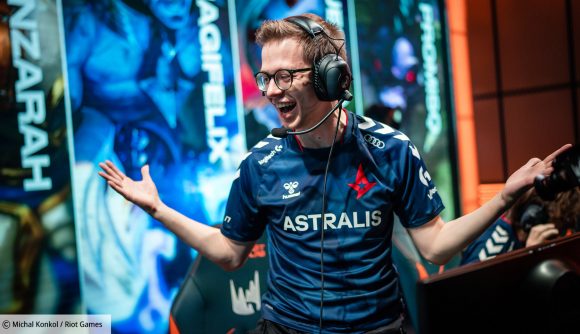 Astralis’ 2021 LEC Summer Playoffs bid came to an end at the weekend following crucial defeats to both Excel and Vitality. However, it has plenty to be happy about. For a team which went from being ridiculed for its poor showing in the Spring Split – it was subsequently dubbed ‘Laststralis’ by parts of the community – to being favoured to take the final playoffs spot clearly showcases the team’s evolution throughout the year.

Speaking to The Loadout following the defeat to Vitality, Astralis jungler Nikolay ‘Zanzarah’ Akatov remains upbeat, and praises his teammates for remaining a harmonious unit throughout the week despite the immense pressure they were under. To Zanzarah, maintaining this togetherness was crucial to the team’s surge in performance this split.

“If you can reach a point where everyone is comfortable with each other, then you’re just gonna improve every side of the team much faster, and it’s much easier to find solutions to problems,” he says. “I think this is the main key to being a successful team.

“If you’re a team and you play five scrims, and then everyone goes to their own rooms and don’t speak to each other, you cannot find those improvements. I think we have a pretty good team culture, which is what has brought us to where we are at now.”

What a bittersweet ending to our summer split. 😥
We really improved a lot over the course of the season, and missing playoffs by inches really hurts.

What a performance by the team this season and we can't thank you enough for your support! You really showed up #AstralisFamily! pic.twitter.com/VvMO0VmvYg

Zanzarah says that he experienced the importance of fostering this culture while on AGO Rogue’s EU Masters-winning roster, and knew that he would need to push for the same on Astralis. “It’s pointless to do anything if you don’t have this team culture,” he stresses.

Although Astralis may have demonstrated Zanzarah’s point with its upwards swing, the jungler also states that there is still plenty of room for improvement. Many of Astralis’ victories this split have come from losing positions, with Zanzarah putting much of the team’s early game issues down to playing too passively – something which he says the team wasn’t doing in scrims, but struggled to translate into official matches.

The other major issue Astralis has wrestled with this season, according to Zanzarah, has been adapting to meta shifts, especially when core picks have fallen out of favour. “It’s really hard for our coaches to draft around,” he says, “and then we’re already at a deficit coming out of the draft.”

However, Zanzarah also believes that most of those issues are behind the team now, having come into this final weekend of play with the team well-prepped on most of the current meta champions. Although it has been an uphill battle for Astralis this season, the jungler is pleased with the work done so far, despite the results not coming off for them. 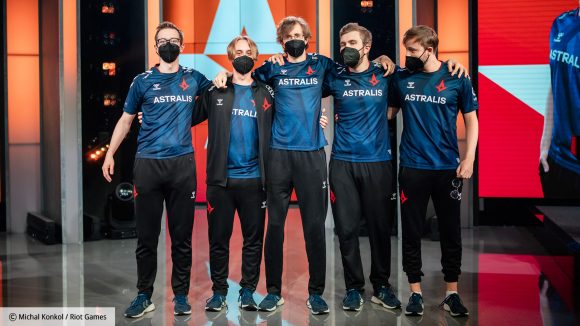 “We’re working on it,” he says. “Maybe not as fast as other teams – you know we don’t have five Rasmus ‘Caps’ Winthers on the team, so we can’t shave our heads and say ‘hey!’ and be good in one day – but everyone on the team is giving 110% where they can. It was not enough, of course, but I think we’re happy with the overall result.”

Before our time with Zanzarah came to an end, we asked if he had a message for the fans. Apart from being pleased that Reddit is no longer referring to the team as ‘Lastralis’, the Russian offers an apology, as well as a commitment to come back stronger than ever next year.

“I want to say sorry,” Zanzarah says, “because everyone expected us to go to the playoffs. But we did our best. We win as a team, and lose as a team. Everyone is responsible for each other on the team, so I don’t think people should blame someone in particular [for the result].

“I’m really happy that we have so many good fans, and so much support this split. So with this fanbase we have to come back stronger next year – there is no way back.”